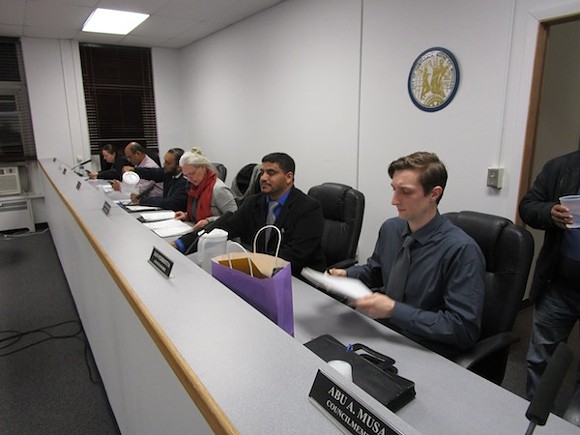 In what must be one of the strangest weeks for marijuana law in the area, Detroit stands poised to shut down dozens, perhaps hundreds of dispensaries, and Hamtramck is poised to declare possession of marijuana illegal — in 2016. 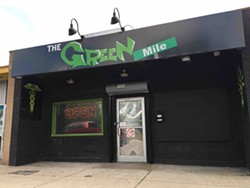 The Detroit side of this story is fairly well-known by now. Last year, Councilman James Tate, leading a district composed of more than its fair share of nice little old church ladies who fear and loathe “jazz cigarettes,” figured he had a winning issue: Rewrite the rules governing where dispensaries may go. Now, that’s not necessarily something opponents of cannabis prohibition object to: After all, even those pushing for recreational legalization say they want it to be legal, regulated, and taxed.

But when city council passed zoning rules for dispensaries last year, it became clear that the law would regulate scores of functioning dispensaries right out of business.

And, if it hadn’t already been clear dispensaries were in for a nasty fight, the city seems to have taken its gloves off with Mayor Duggan’s State of the City address last month, in which he declared Councilman Tate “the man responsible for the fact that "we’re finally going to start shutting down marijuana dispensaries in the city of Detroit.”

And yet, the March 1 deadline passed with few changes. Yes, a slew of applicants made their case for dispensary licenses, 25 of them on Eight Mile Road. Yes, a group protesting the strict new rules filed petitions, but they arrived too late, so the ordinances will not be stayed, at least until the August election, if a ballot measure can go before a public referendum. Then there’s also the matter of Detroit’s Zoning Board of Appeals, which can grant variances. Then there are almost certainly going to be legal battles that will require time, money, and energy of Detroit’s Department of Law. There’s also the possibility of a looming police crackdown, though the police seem to be sitting pat while the situation evolves.

We spoke with Matt Abel, senior partner at Cannabis Counsel. He had told us, “If Detroit doesn’t want these businesses,” then maybe “Hemptramck” would. 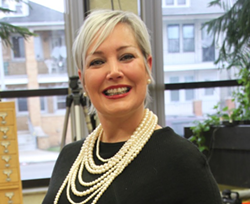 Which brings us to the next part of this week’s weirdness: Hamtramck may not be that cannabis-friendly alternative to Detroit. For instance, next week, the city will hear arguments on an ordinance outlawing possession of marijuana.

If you think you read that wrong, you didn’t. Hamtramck doesn’t have any law forbidding possession of marijuana.

How does that play out? For the most part, when police arrest somebody for having a baggie of marijuana, it is often under the city’s law against drug paraphernalia. In other words, the citation and fine are generally not for the marijuana, but the bag that holds the marijuana. Any citation against possession would have to be under state law.

According to the Review’s article, Hamtramck’s new police chief, Anne Moise, said that not having a possession ordinance meant waiting for the Wayne County Prosecutor’s Office to process the misdemeanor warrants, “which sometimes took weeks or just never occurred.”

The Review reports that city attorney Travis Mihelick says he was asked by 31st District Court Judge Paul J. Paruk to “do something.”

The proposed ordinance was introduced to Hamtramck City Council by Mihelick and City Manager Katrina Powell at a Feb. 23 work group session. And when it was brought up, it wasn’t primarily about speeding up the gears of justice: It was noted that having an ordinance against marijuana possession would allow the district court to collect most of a fine that runs up around $500.

Mayor Karen Majewski recalls the way the ordinance was introduced at the work group session, saying, “I don’t remember anything about smoothing out the process or anything like that. It just seemed to be about where the money was going.”

The response from several members of city council was, to put it lightly, cool.

Instead, some councilmembers responded by wondering if Hamtramck shouldn’t pursue decriminalization, or perhaps a nominal fine, such as the $25 fine specified by Ann Arbor. At least one councilmember asked if this weren’t about streamlining court functions so much as it was about gaining more money for the city.

It has all the makings of another clash between the city council and the city manager. As we described in last week’s cover story, it seemed the council was making a fuss over small matters. But you can certainly understand several of the city’s councilmembers who subscribe to a liberal-progressive bent resisting an effort to chase dollars in the War on Drugs just as other communities and other states are decriminalizing marijuana and regulating and taxing recreational marijuana.

Mayor Majewski herself tells us she thinks it’s a matter of time before both recreational and medical marijuana are legalized. “But then also from a philosophical standpoint,” Majewski says, “I don’t want to see people prosecuted for small amounts of marijuana for their own recreational use … How can I, in good conscience, go ahead and enact a law, enact this law?”

Majewski clarifies that she’s not interested in her city gaining a reputation as a wide-open city, luring drug dealers and crime. But as a politician who has tried to cultivate a progressive, tolerant reputation for Hamtramck, enacting an ordinance against simple possession rubs her the wrong way.

“I think people are going to say. ‘What? You didn’t have this before and now you want it? What century are you in?’ I’m really reluctant to put a new law in place that kind of reinforces the criminality of possession of small amounts of marijuana. We should be moving in exactly the opposite direction, so I don’t want to reinforce what I think is a poor set of policies to begin with.”