The National Labor Relations Board has filed a complaint against the Detroit charter school management companies New Urban Learning and Inspired Education.

New Urban Learning, and its CEO Lesley Redwine, ran University YES Academy (UYA) on Detroit's westside until summer 2015 when Redwine created a new management company, Inspired Education (aka InspireED), to take over. The NLRB alleges that Redwine created an "alter ego corporation" with InspireED in order to avoid bargaining with the UYA staff members who overwhelmingly voted in favor of union representation last spring.

As we detailed in our October feature, "How far will a charter school go to stop a staff from unionizing?" staff members at UYA announced intentions to unionize in December 2014 for multiple reasons, including job stability and teacher voice. Following the announcement, Redwine used a number of intimidation tactics (the suspension of two pro-union teachers, threatening emails, etc.) that caused the NLRB to step in and force Redwine to promise to adhere to several guidelines the company had violated in the past. 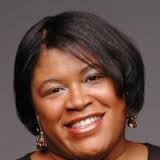 Two weeks after the NLRB's ruling and a week after NUL and Michigan ACTS (the charter-organizing arm of American Federation of Teachers-Michigan) reached an agreement of when to hold union elections, Redwine announced that NUL would be parting ways from the school during the coming summer. The news threw an interesting wrench into the unionization plan. While charter school teachers work for a school, the school and board is not their employer, but rather the management company. With NUL leaving, so too was the employer that the staff hoped to collectively bargain with. Not only would NUL's resignation essentially invalidate the union drive, but it would mean more instability for staffers, as the new management company would have the ability to rehire a new staff.

On May 6, 2015 the UYA staff still voted to form a union; however, as was predicted there was no one to bargain with for the following year since NUL was leaving. To much of the staff's surprise, however, on June 12, a little over a month after the staff voted to unionize, Redwine registered a nonprofit, InspirED Education, with the state of Michigan. She submitted an RFP to run the school more than a week earlier. She and her "new team" (of the three people on the management team right below Redwine two had worked for NUL) were awarded a management contract with the school in July. As a new company, Redwine refused to bargain with the staff, pointing to the fact that the employer was different from the one the staff voted to bargain with, and the fact that "out of 68 employees ... only 17 were employed by New Urban Learning." (According to the NLRB a new employer must recognize a union if over half the staff is the same.)

Michigan ACTS filed a round of unfair labor practice charges in October against Redwine and NUL, pointing to the management company trickery. They alleged that InspirED Education — which has much of the same management team as NUL and is headquartered in the same physical offices — is an alter ego of NUL and therefore has an obligation to bargain.

The NLRB's March ruling appears to validate this allegation.

According to a press release from the AFT-Michigan, Redwine faces a federal charge for refusing to bargain with Michigan ACTS. The NLRB has scheduled a hearing for June 6, 2016.

Read the complaint below.

Complaint And Notice of Hearing UYA-NUL-Inspired