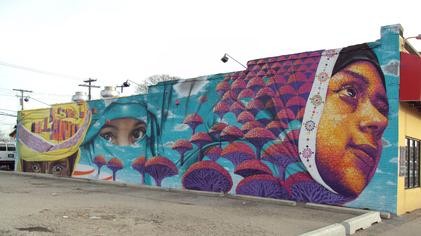 That’s the suggestion some Fox News viewers made when the network re-aired a clip about the city’s majority Muslim city council. A council that, as our own Michael Jackman reported, looks very much like every other bickering city council in America.


Fox wasn’t alone in its rush to report on the results of the November election, when the addition of one Muslim council member tipped the balance from mere diversity to the headline grabbing “Muslim majority”. National news outlets from across the country flocked to report on the new development, making it perhaps the most-covered city council election in history.


But Fox News caters to a very particular audience, and that audience shared their thoughts quite freely on the outlet’s Facebook page. The post drew more than 2,300 comments, many of which called for violence against American Muslims.


“They spread like roaches,” one poster wrote. “The only way to get rid of the infestation is to bomb the area.”


Another called for a “radical militia” to “snuff these Islamic toe holds out.”


Others agreed, willing to throw the non-Muslim residents of the city - and all of Detroit as well, since it is “already a shit hole” - in as collateral damage to stop the perceived threat. And in classic conservative fashion, more tolerant posters who pointed out factual inaccuracies in the reporting and subsequent comments were called naive, stupid, or, more ominously, “brainwashed” by the cultural “takeover” efforts of the Islamic community.


The irony of Islamophobes and so-called patriots calling for the bombing of an American city was apparently lost in the chorus of fear-mongering.