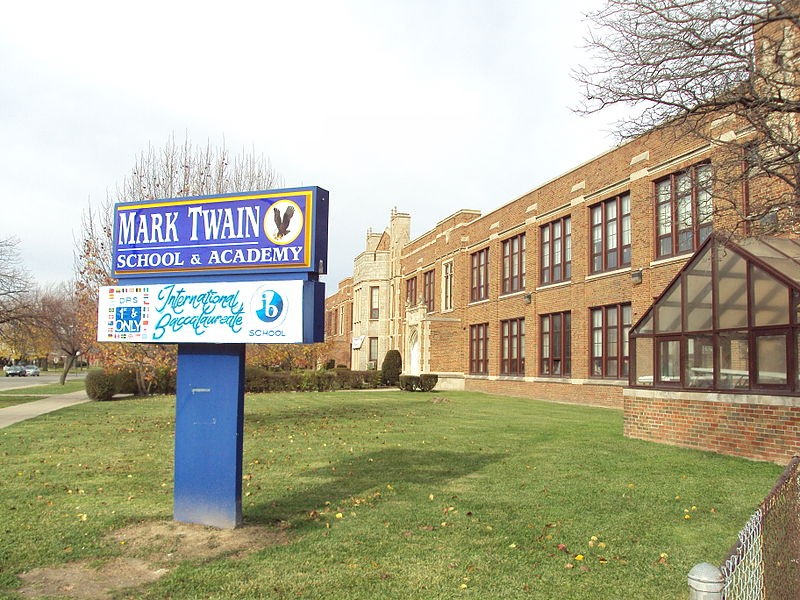 No more public schools? It sounds like the kind of idea you’d get from a 10-year-old who doesn’t want to do his homework. But that’s precisely the suggestion State Rep. Tim Kelly (R — Saginaw) is proposing as a solution to Detroit Public Schools’ financial crisis.

In an opinion column in today’s Detroit News, Kelly calls for the elimination of Detroit Public Schools and the adoption of an all-charter model to serve the 48,000 students currently enrolled in DPS. It is a politically predictable response to the financial situation of the district, which has deteriorated rapidly under state-appointed emergency management. He writes:

It has become increasingly obvious that students in Detroit would be better off if DPS simply went away.


But would they really?

Let’s overlook, for a minute, the successes in the DPS system. Let's also overlook the dubious financial accountability of charter schools as a whole. Let’s accept, at face value, the premise of getting rid of the district entirely, replacing it only with charters and school choice in a 'throw the baby out with the bathwater' approach to educational reform.

How would that impact Detroit families?

Fortunately, the good folks over at Chalkbeat Detroit can help us answer that question. In a feature tellingly titled "Six hours, eight buses: The extreme sacrifice Detroit parents make to access better schools," they take a hard look at the effects of school choice on families and neighborhoods.

Even as Detroit Public Schools has shuttered nearly half of their school buildings, charter schools in the city have popped up like weeds. But unlike public schools, which are opened and closed based on the changing needs of neighborhoods, charters can open anywhere they find suitable space. Many choose to open in parts of the city perceived as safer or more attractive to staff, such as Midtown or downtown, rather than in the neighborhoods where their students live.

This has led to a profound mismatch between the needs of the community and the schools they have to choose from.

One mother interviewed for the Chalkbeat Detroit piece detailed the five-plus hours she spends getting her son to and from school each day:


Monique Johnson starts her trek even earlier, just after 6 a.m. when she and son Shownn, 13, an eighth-grader, catch a ride to a bus stop eight blocks from their home in the city’s Brightmoor neighborhood. There are closer stops, Johnson said, but they’re pitch black at that hour — and dangerous.

Mother and son typically arrive at University Prep Science & Math Middle School, a well regarded charter school in the Michigan Science Center, around 7:30 a.m. and Johnson waits with her son until his classes begin at 7:50. She then makes her way back home — another No. 53, another No. 43 – until reaching Brightmoor around 9:30 a.m. That’s about three and a half hours before she has to leave again on another four buses to return to Shownn’s school and bring him home.


Johnson and the other charter school parents profiled in the article are, in a sense, the lucky ones. They have the resources to make the trek to the schools they’ve chosen for their children. Others are left behind, lack of transportation leaving them no choice but to send their kids to neighborhood schools.

It is hard to imagine how an all-charter district, with no mandates on school location or busing, would serve such families, but it seems that is something Rep. Kelly neglected to consider in his enthusiasm for dismantling public education.