The Cole building frozen out of Cass Park historic district 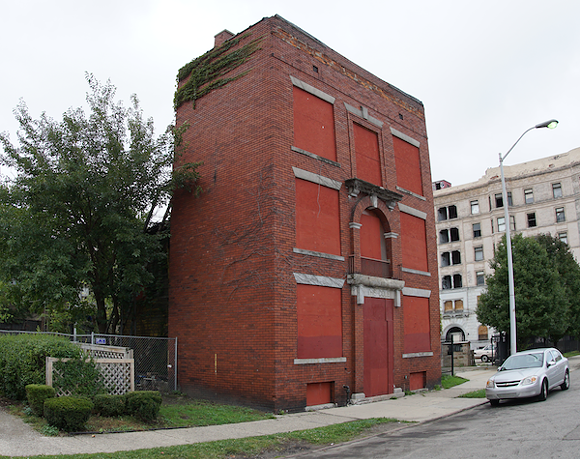 A lot of the preservation chatter in town concerns the hulking, huge architectural achievements of our city's heyday: art deco skyscrapers, beaux-arts towers, Italian renaissance high-rises, and more. But some of the buildings we feel the most affection for are smaller structures that tell a story.

One of those is the Cole, at 2753 Park Ave. We've written about this building before because it gracefully conceals its secret life when looked at from the front. When looked at from another angle, it tells a very interesting story, one that mirrors the life of the city during its boom. The news that this building falls outside the historic district approved for Cass Park makes it worth consideration again today, as this unusual piece of the past won't receive the special protections the rest of the district will.

At the risk of covering some old ground once again, here is how the story goes: The building has been there at least since the 1880s, when Park Avenue began to fill up early with modest frame houses. Back then, it was a two-story frame house, a series of stepped shotgun shacks, telescoping down to what was probably a kitchen in the rear. In 1898, William E. Cole moved in. A person of some means (he could afford a telephone in 1898), Cole lived at this address for 14 years, until Jan. 2, 1912, when he died at age 41, leaving his widow, Mrs. Mae Cole, to live on at the address.

Mae Cole did what many widowed wives did at the time: She took on boarders. By 1914, she had a number of boarders living with her in the house. And a remarkable transformation occurred over around then. Somehow, Mrs. Cole converted her dwelling into a set of flats. A 1919 map shows that a three-story front section has been added onto the building. In 1921, “The Cole” is listed as having eight different residents, including a toolmaker, a salesman and a clerk. 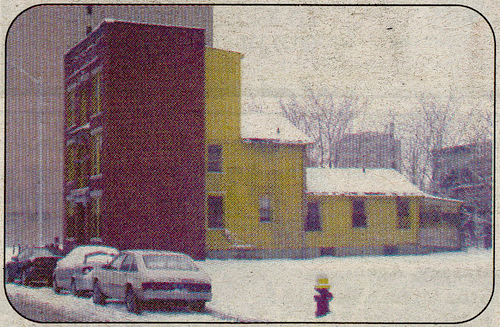 Indeed, Mrs. Cole was keeping up with the tenor of the neighborhood. The proud front that went up on the Cole must have blended in with the other imposing structures rising on Park Avenue. Of course, the building was still the simple frame home it always was just behind the three-story brick face it gave to the street, but with other buildings leaning in close, the necessary illusion made Mrs. Cole the proprietor of a bona fide apartment building.

As the neighborhood's buildings have fallen or been razed over time, the vagaries of fate have played a startling practical joke on the Cole. You can still see the pretentious frontage added by Mae Cole. But from any other angle on the street, the building is like a woman with her dress blown up by the wind. Without the two-and three-story buildings that used to flank it, one sees behind that grand false front the old widow Cole put up a century ago.

We've noticed, over the years, that somebody has put money into this building, removing some of the more dilapidated rear sections and adding new siding. We hope these efforts pay off, if only because the Cole is a humble monument to one woman's ingenuity. 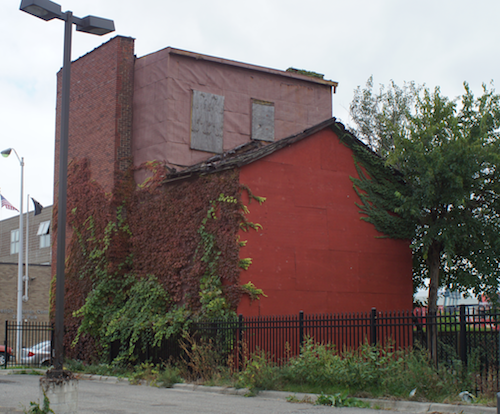