Times are tough for Detroit's super-rich — but you can help! 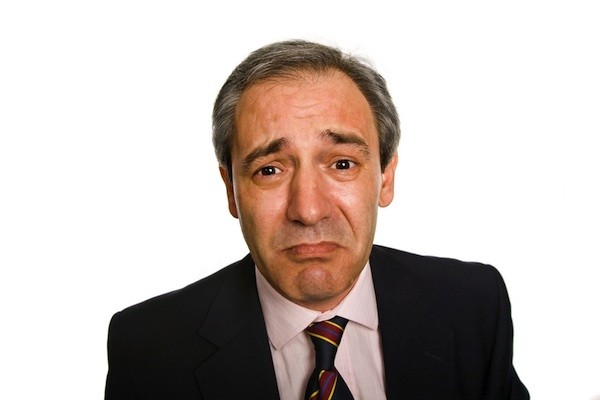 It’s tough out there. Detroit Public Schools are falling apart, and it’s open to question whether the state-run district will have the money to pay teachers come June. The city of Flint struggles with lead-tainted water. Draconian water shutoff policies, tax foreclosures, and other evictions are forcing many good people out of their homes. Clearly, it is a rough time in Michigan’s cities, afflicted by persistent poverty, rising costs, emergency management, crime, food insecurity, homelessness, inadequate access to medical care, and other associated ills. Take comfort, though: The medicine of austerity works slowly, but will run its course in due time.

Yet if it’s a bad time to be poor in the city, take a moment to consider the plight of the other half — that is to say Detroit’s 1 percent. Seldom considered, often lambasted, they endure a twilight existence, shunned by the many. Condemned as addicts to welfare in the form of subsidies, tax abatements, and other sweetheart deals, these maligned moguls manage to keep their heads high despite all the names they are called, discriminated against for nothing more than their overflowing bank accounts.

Luckily, we Detroiters have a long tradition of ensuring that our billionaires never suffer want. If they need a break on their taxes, or some extra time to litigate their water bills, we’re willing to grant it to them. Do they owe some money to the city? We can find some way to give them a much-needed forbearance. Indeed, we have a progressive, enlightened history when it comes to handling our super-rich.

But, at this time of year, we begin to wonder: Are we doing enough? Sure, we’re footing 58 percent of the bill for Mike Ilitch’s new hockey arena, but will we muster the generosity to help Dan Gilbert and Tom Gores build a new Major League Soccer stadium? Sure, we’d be throwing away $150 million that Wayne County already put into the jail site, and probably have to kick in at least $100 million more for the project, but, remember: It’s lonely at the top. How can we expect two billionaires, with a combined net worth of $7 billion, to do it all alone?

It is a shame that we do not more often take pity on those of greater means. Why do we not take time out of our daily lives to help the needless, to assist the comfortable? Examine your soul, Detroit: Have you done enough to help those with the thankless job of being incredibly wealthy? If not, aren’t you ashamed of yourself?

Well, this week offers an opportunity for redemption. You can take a few hours out of your busy weekend to help one of Detroit’s richest men, John Hantz, by planting trees on all the land he's bought on Detroit’s east side. You may recall that when Hantz wanted to buy the land, the mean people on City Council wanted to hamper his efforts by assessing it first and trying to arrive at a “fair” price. Yes, that’s just another example of the unfair prejudices our rich face day after day. Luckily, the council backed down in the face of media criticism and sold it outright to Hantz, whose humble means are barely more than $100 million.

That is why we strongly urge you to pull on your dungarees, step into some sturdy work boots, and head out to Hantz Woodlands Planting Day. Get out there into the fresh air and help a politically connected, rich landowner turn a swathe of the city into his personal forest. Yes, it’s hard work, and toiling for hours on your day off for no compensation might put a crimp on your leisure, but when the day is done you can look upon the work you’ve donated to one of our richest and feel the satisfaction that you haven’t failed those who need our sympathy, our generosity, our solidarity, and, most of all, everything we can give them.

To participate in Hantz Woodlands Planting Day, pre-registration is required at hantzfoundation.org/registration.html, and arrive promptly between 10 and 10:30 a.m., Saturday, May 7. For more information, click here.