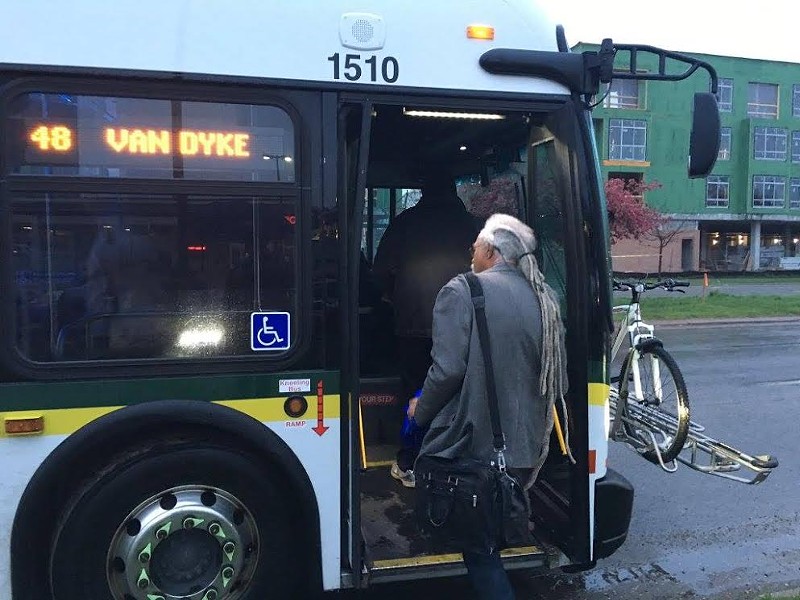 A Coalition for Transit (ACT) is challenging residents of Southeastern Michigan to take public transit to work during the month of May. Using #Act2Connect, ACT wants to find out if people can make their regular commute in 90 minutes or less.

“Southeast Michigan’s regional transit system is severely underfunded, making it difficult for residents to get to and from work — and we need your help telling the story,” ACT states on its website.

By ACT’s estimate, less than a quarter of jobs in Southeast Michigan can currently be reached in 90 minutes using public transit, spokesperson Kelly Rossman-McKinney says in a press release. ACT attributes this to a “lack of a frequent, coordinated regional transit system.”

The May transit challenge comes ahead of a widely expected millage request from the Regional Transit Authority in the fall.

“This challenge is about illuminating the unfortunate disconnect between Southeast Michigan’s four counties and the issues it presents for people getting to work, essential appointments and a variety of other opportunities,” Rossman-McKinney says.

W. Kim Heron, a former longtime MT editor who's now senior communications officer at The Kresge Foundation, kicked off the #Act2Connect challenge and discovered his 25-minute drive from Detroit to Troy took almost five times longer when he relied on public transit. He documented his commute on Facebook:


“It is unfortunate that so many in Southeast Michigan are forced to face these challenges everyday just to get to their job. And many cannot even count on public transit as it simply does not reach their neighborhood or job,” Heron says.

Here’s what people are saying on Twitter using #Act2Connect:

Some can make the commute in 60 minutes when it’s one bus directly to their destination.

"#ACT2connect got on the bus ten to 7am and off at 8 am. One bus straight down to #Detroit," @tedtansley tweeted.

"I bus to work appx 2x per week. Works great if I don't need to make other stops. Can't if I've got mtgs around region tho. #ACT2Connect," @MeganDetroit tweeted.

“I encourage others to take this and other transit challenges this month and report on their experiences, because transit really does matter,” The Kresge Foundation's Heron says.