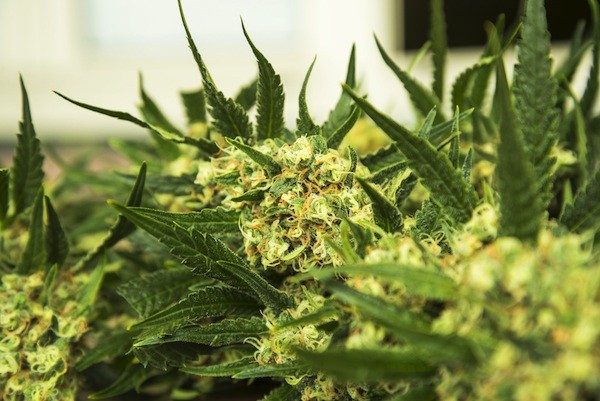 MILegalize has 11 days left in their campaign to get marijuana legalization on the ballot. The deadline is June 1. They've collected close to 320,000 signatures, well over the 252,523 needed to get on the November ballot.

But SB 776, which passed the House on Wednesday, would limit the window for collecting signatures to 180 days before turning a petition in to the Secretary of State — likely invalidating many of the collected signatures.

"The state legislature, and perhaps the governor, are trying to throw chaos into the election system by enacting SB 776. We've got a potential legal battle on our hands. We may be going to court this week," says MILegalize Chairman Jeffery Hank. "We're going to be going to court over it, assuming the governor doesn't veto it, which we're calling for him to do."

There is a feeling that the legislation is specifically trying to sabotage MILegalize with the bill. "It's definitely targeted at us. It's definitely targeted at the anti-fracking campaign," Hank says. "It's also just in general an attempt to destroy our constitutional check and balance that we have so that Michigan government is accountable to the people. It's part of the trend.

"It's a real troubling action. It's irresponsible legislature that would interfere and meddle in the elections process. This is the kind of stuff you see in Russia or third-world countries. I'm serious. I'm not even joking. We've spent over $1 million, we have a deadline, we're operating under a set of rules. Elections should have clear rules, we should know what they are, and we should be able to follow them. To see the legislature try to change the rules and then to make these excuses on why they have to do it — I'm serious, if that happened in another country, we'd be crying foul. And it's happening right here."

Snyder has 14 days to veto the bill, and the MILegalize campaign has 11 days to collect signatures. The timing seems deliberate.

"The legislature timed this exactly to have this hanging over our heads for the remainder of the campaign, because our deadline is June 1. Right now, we're up in total flux," Hank says.

"We have no idea if the state's going to say if we have to operate under the old system or under the new system. And Gov. Snyder doesn't have to decide until our campaign ends. So they could just throw the whole thing into flux. It's almost out of Vladimir Putin's playbook."

Hank says Michigan's timeframe for ballot initiatives has been in place since 1963: "It's never been a problem. So why, all of a sudden, are they trying to shorten that time period? And if they're successful in that, it will effectively negate the citizen's ability to circulate petitions. It's only going to be a pay-to-play system where big money decides who can make the ballot."

The MILegalize representative says the group's goal is to collect as many signatures as possible. More information about the effort is available at MIlegalize.com.

The petition calls to legalize marijuana for adults over the age of 21, and would expand upon the Michigan Medical Marihuana Act, and allow for the farming of industrial hemp. The proposal would allow for dispensaries and marijuana businesses, and the revenue from a 10 percent excise tax on recreational marijuana would be distributed 40 percent to roads, 40 percent to schools, and 20 percent back to local governments.

"It's money from licensed marijuana businesses, so there's (incentive) for local government to police and regulate these businesses, and also to get the tax revenue from them," Hank says. Projections based on Colorado's model show that legalized marijuana could create between 25,000 and 50,000 jobs in Michigan, he adds.

"It's a pretty popular plan. People hear about it, they hear the money's going to roads and schools. Most people support us. Our opinion is, if we make the ballot, then we're going to win in November. But there's going to be all these attempts to try to keep us off the ballot."