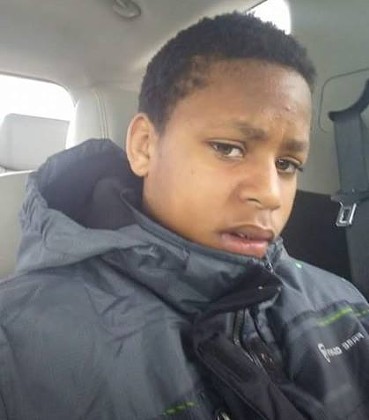 Two days after an Amber Alert was issued for the disappearance of 13-year-old Deontae Mitchell, a body was found in a field near Harper and Baldwin, the Detroit Free Press reports.

Police are still investigating whether it is connected to the teen's Tuesday abduction and are leaving the Amber Alert live until it is confirmed.

Around the same time the body was found, 45-year-old Gregory Walker was arrested in the Toledo area as a suspect in the kidnapping of the child from Detroit's east side. Police are still looking for two other suspects in connection to the crime: Ernest Coleman, 51, and Roy Portis, 30.

According to the Free Press, Deontae was last seen Tuesday around Nino's Market at 15901 E. Warren, where he and his cousin were riding bikes.

Investigators released surveillance video showing the kidnapping. At about 10:30 p.m. Tuesday, an armed man is seen grabbed the teen and forcing him into a black Chevrolet Impala before racing away.

Deontae's cousin told police that the teens had picked up money that an intoxicated man had dropped while urinating on the side of a building, according to the Detroit Police Department. The same man then returned in the 2002 Impala and chased the kids down, eventually forcing Deontae into his car as he brandished a nickel-plated revolver, according to police.

The teen's abduction may have been over $75, WXYZ is reporting.