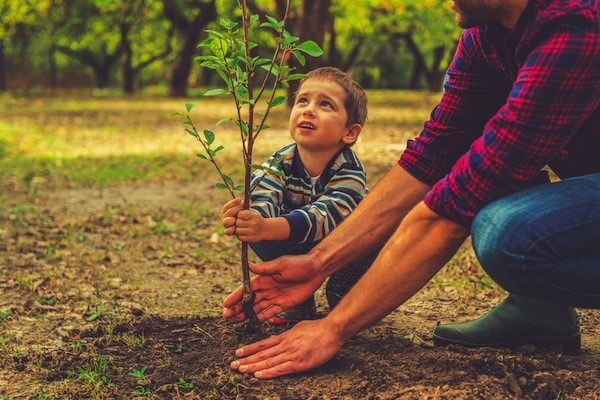 A friend sent along a column to us this morning with a snicker: Why, we're not sure. It was an excellent editorial in the Detroit Free Press questioning why the city has been slow to transfer land to multimillionaire Detroit resident John Hantz. Hantz, you may recall, came up with a plan to plant trees on blighted land on Detroit’s east side, if only the city would let him buy it all.

As the story goes, the city had hedged on whether to sell about 2,000 lots comprising around 140 acres to Hantz for an estimated $300 per lot (or 8 cents per square foot). As we recall, the city thought it might be a good idea for a cash-strapped municipality to have the lots appraised.

But that’s exactly the kind of foot-dragging attitude so many have come to expect from that body of obstructionists. Here’s a guy offering to take care of the property, year after year, and all he wants to do is buy it at bargain-basement prices! Luckily, after the media provided a bit of pressure, the council approved the deal. Hantz began consolidating his land holdings and planting his woodlands. Sure, it might be worth a great deal one day, but for now, Hantz is simply trying to make the east side look wonderful, right?

But all is still not well in Detroit. Free Press veteran John Gallagher shares the pain of our misunderstood wealthy in today’s editorial. It seems the city, having hired something called a “world-class urban planner,” isn’t transferring all the parcels it promised to Hantz.

Naturally, we’ve been sympathetic to Hantz’s plight. We’ve urged all Detroiters to go help Hantz each year by putting on dungarees and planting trees for the extremely wealthy man. We’re delighted to have another opportunity to beat that drum: The well-to-do have been too long ignored in this town, and it’s high time we all stepped forward to ensure they get what they need. In this regard, we cheer on all efforts to reward our least needy citizens.

That said, Gallagher’s editorial didn’t need to bring conventional wisdom about race and class to bear. The column says of this transfer tiff:

… it contradicts the common assumption that wealthy white businessmen like Dan Gilbert, Mike Ilitch and Roger Penske get whatever they want from the city … But for some reason Hantz, a resident of Detroit's Indian Village district who owns a number of financial services firms, doesn't even seem to merit an answer as to why the city hasn't yet sold him the remaining parcels.

As long as it has been brought up, Hantz could find plenty of black urban gardeners who’d agree with him, as they have faced their own difficulties getting the city to respond to their inquiries. In fact, this situation presents one of those rare opportunities for the city's rich to forge common cause with the rank-and-file Detroiter. We can think of churches and nonprofits that have maintained or improved nearby properties, only to be quoted outrageous prices for the land. Many of Detroit’s urban gardens operate on license agreements, for nominal fees, and are set to expire at the end of a fixed term. Not all of them can afford to buy the land as Hantz can — and, in fact, must before he'll commit to grooming the land.

Speaking of which, many black Detroiters care for land they don’t own, and can never own. There are plenty of local people who mow lots simply to keep their neighborhood tidy, or to ensure the local criminals can't lay in waiting in the tall grass. There is no official tally of how many Detroiters do this sort of thankless, unprofitable work.

Oddly, they don’t pull the ears of newspaper columnists about it.

Then again, if they knew they could let the grass grow long and complain publicly that they would mow it, if only the city would sell it to them, who knows what they might do?

So perhaps it’s best to not let them know that that’s an option. You know how poor people are: Always looking out for their advantage.

If only they had loftier interests, as our wealthy do.