The Coleman A. Young Municipal Center was placed on lockdown and then evacuated Monday after a handgun inside a bag slipped through an X-ray machine at a security checkpoint.

Detroit police were alerted at about 9:10 a.m. and began a floor-by-floor building sweep. An “all-clear” still hasn’t been announced, a department spokeswoman said at about 2:15 p.m, and the building remains closed.

The X-ray checkpoint at the CAY is overseen by a contractor, Securitas, while courtroom security in the building is provided by Wayne County sheriff’s deputies, said Detroit Police Chief James Craig. The suspect in the security breach entered the building through the Wayne County entrance, he said.

The building is home to city offices and the civil division of Wayne County Circuit Court.


“I’m going to call it failure,” Craig said. “This should not have happened.” 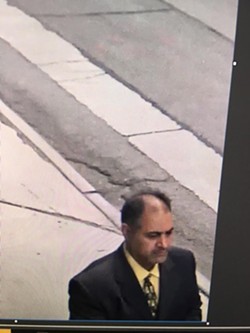 There was a delay in notification and communication after the security breach, Craig said, adding that Monday’s incident presents an opportunity to adopt new practices. “This could have been a tragic situation.”


The Detroit City Council was evacuated from the CAY. Mayor Mike Duggan is out of town and was not present during the lockdown, said Chief of Staff Alexis Wiley.


The security breach resulted in streets around the CAY being shut down, with agencies including Detroit police, FBI, Homeland Security, and ATF swarming the area.


Detroiter Cynthia Hunt was at the CAY for a court date when she was evacuated.


“They said there was a bomb threat and that somebody possibly had a gun — they didn’t know for sure,” Hunt said.