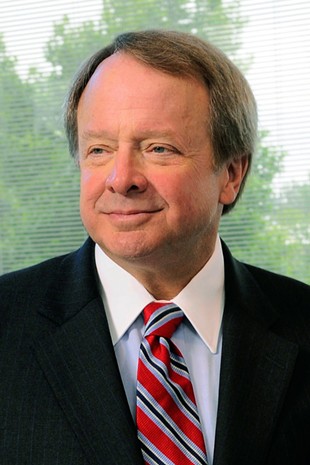 Edsel Ford II, the great-grandson of Henry Ford, will not be charged after a Fourth of July arrest in Grosse Pointe Farms that followed a domestic violence complaint by his wife, Cynthia.


“(Ihrie said) there was insufficient evidence — in fact, there were no actual marks of assault,” Rosati said. “Basically what we had was two of them were … fighting. So you had a ‘he said, she said’ kind of situation. So based on that, without any other physical injury, there’s just insufficient evidence to move forward.”


Ford, 67, was arrested at his Lakeshore Road home at about 11:30 p.m. Monday after a domestic violence complaint was made by his wife, Cynthia, said Daniel Jensen, Grosse Pointe Farms’ director of public safety.


Responding officers decided there was probable cause to arrest Ford, Jensen said.


Ford spent about 12 hours in custody and was released shortly before noon Tuesday. Grosse Pointe Farms police have not had any previous calls to the home for complaints of domestic violence, Jensen said, adding: “I believe there was some alcohol involved.”


Ford’s wife “does not want to pursue this in any fashion,” Jensen said.

She released a statement late Tuesday through her attorney, Todd Flood.

"I would like to clarify this situation: contrary to reports, this is not a case of domestic violence," Ford said.

"I stand behind true victims of domestic violence and I am not one of them. My husband and I ask that you respect our privacy and that of our family. We are working in the right direction to heal from this experience and move forward."

A video exists of a Monday argument between Ford and his wife, Rosati said, but police did not retain the video.


Ford Motor Co. declined to comment on the arrest.


"We are aware of what has been reported in the press, but it would be inappropriate to comment on personal matters," Ford Motor Co. said in a statement Tuesday. Ford is a member of the automaker's board of directors.


Ford is also chairman and owner of Pentastar Aviation, which is based at Oakland County International Airport in Waterford.