The Detroit chapter of Black Lives Matter and BYP100 (Black Youth Project) are holding a march and rally for Aiyana Jones on what would have been her 14th birthday on Wednesday, July 20.

Not only were charges dropped against the officer who killed her, Joseph Weekley, he is now the co-lead of the Committee on Race & Equality in Detroit. If that doesn't sit well with you, join the protest at Pallister Park, located at the intersection of Second and Pallister in Detroit, at 6 p.m. Wednesday. 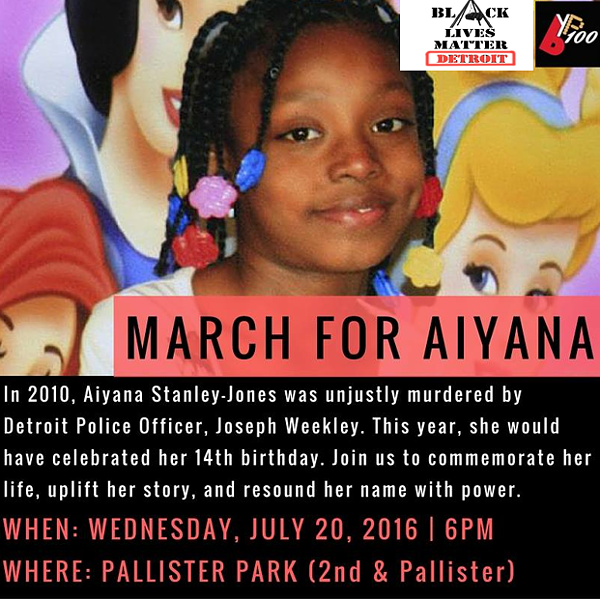