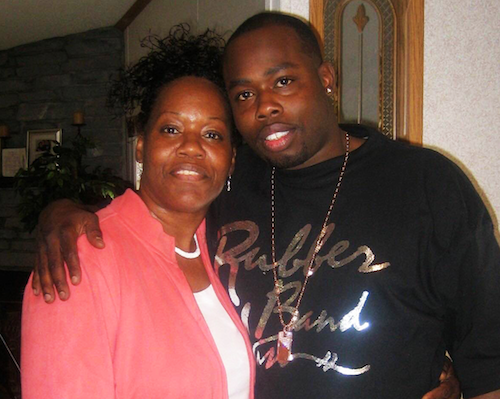 These days, when an unarmed black man gets shot by police, it garners more skeptical media coverage than it used to. Dozens of questions are raised almost instantly. What were the circumstances? Is there video? Can we trust the official version of events?

You can thank cellphone cameras and courageous eyewitnesses for some of that. You can thank the Black Lives Matter movement for keeping the issue red-hot and holding politicians' and the media's feet to the fire. But, as a recent article points out, long before names like Eric Garner, Michael Brown, Alton Sterling, and Philando Castile landed in headlines, unarmed black men were getting shot by police, and the victims weren't given the same benefit of the doubt they are today. In fact, police and media usually closed ranks, casting the deceased people of color as gang-bangers who, in their last moments, made the mistake of reaching for something — a candy bar, or a lighter, or simply a wallet. All too often, it was seen as simply an unfortunate mistake — one that left us all with one fewer predator on the streets.

The article in question, appearing today on the Radical Washtenaw site, concerns the case of David Ware, a Washtenaw County resident who was shot by police in a drug sting that turned fatal. The police knew Ware's identity, and when he ran from police as they closed the net, he fled, and was shot in the back as he ran away. A witness came forward, and though the officer suffered no criminal penalty, Ware's family was awarded $450,000 in a civil legal case over the killing.

The article, which bears no byline, is entitled "David Ware: A Vindication," and lays out the facts of the case, as well as why it's important to discuss this nine-year-old case right now:

What the Ware case shows is white police needlessly killing black women and men isn’t a new phenomenon. To the contrary, the case is evidence of a pattern of injustice carried out by law enforcement with some regularity prior to the age of cell phone cameras and social media.

It also provides some context for 2016 events and helps explain that the national outrage over the most recent murders didn’t appear out of thin air—the problem has always been here, it’s just documented better in 2016.

The media covering Ware’s killing failed to mention it left a family without a father, brother, and son. There was also no article on the federal judge’s concerns over the killing, or on the city of Ypsilanti and Officer Hamilton settling with the Ware family for $450,000.

The record needs to be set straight.