Contrary opinion: The trouble with the RTA plan 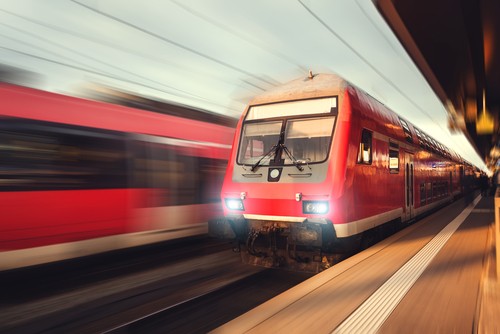 Let me begin this blog by saying that I love mass transit. I lived in New York City for 11 years and never owned a car. I rode the subway almost daily, and was able, for the most part, to get around seldom using a cab or a car service. It was a good time in my life that I recall fondly.

So why is it that I should be opposed to the new RTA plan? Doesn’t that seem strange? After all, only the forces of darkness, such as Mark Hackel, L. Brooks Patterson, and the ghost of Bob Moses could oppose a transit plan for Detroit, right?

Well, not so fast.

Just because I was an enthusiastic rider of an effective mass transit system doesn’t mean I’d vote yes on any old transit system. What the RTA seems to be asking voters to do is to approve paying for a system they don’t and won’t use. In that sense, it already seems doomed to lose in our deeply divided region.

Even so, it's I still feel it's important to bring up my main problem with the RTA: It's simply unable to offer voters anything they’d be excited to use. Instead of being able to offer sleek, efficient, fast, smoothly running rail vehicles, they’ll be offering Americans, again, a transit option for somebody else to use.

That predilection is deeply embedded in our local RTA. Take, for instance, what my old colleague Ryan Felton reported in a piece two years ago: The RTA has a built-in bias against running or asking voters to fund rail transit.

I understand that the state legislature has since relaxed the unanimity requirement for the two specific systems: The already-under-construction Q-Line and a proposed commuter rail service between Ann Arbor and Detroit. But the double-standard prevails for all other projects, proposed or existing.

In other words, we’re not really getting a fair choice to begin with. Although we heard people cry foul far and wide when Hackel and Patterson appeared to disallow a vote on the proposal, the lack of real democracy goes back to the RTA’s inception, with the fingerprints of Lansing’s meddling lawmakers all over it.

Why is this all a problem? Why aren’t bus lines as good as rail lines when it comes to moving people around? Aren’t buses a whole lot cheaper? What’s the big deal?

The big deal is that instead of having fast, efficient, rail-based systems that can move thousands more people per hour, we’re stuck with so-called “Bus Rapid Transit” on our “must-try” list. What is bus-rapid transit? Our RTA will tell you it’s a wonderful system that is like light rail in every way — except it runs with rubber wheels on concrete instead of steel wheels on rail.

However, in most cases where BRT is built, it's not a mode of transportation that wins “riders of choice” — people who will choose the mode over their own cars.

For one, you cannot convince the people who would choose to ride smoothly accelerating “light rail vehicles” to convince themselves that the slow, jerky acceleration of crowded, fuel-burning buses is the same experience.

And then there’s a phenomenon called “BRT creep.” Since the same officials who don’t want a transit system that has a lot of capital costs are in charge, which is why they dictated the “cheaper looking” BRT system in the first place, they also end up choosing every shortcut and cheap-out on the bus system, not approving signal pre-emption, dedicated lanes separated by concrete berms, heated, ADA-compliant stations, preticketing, and more. So, in the end, what you end up with is … a bus system.

An actual BRT system, fully funded, might create that holy grail of a transit system: Transit-Oriented Development. That’s when developers are so sure that the new transit system is going to have affluent riders that they build stores, condos, and restaurants along the line. Unfortunately, BRT, as implemented in Michigan, doesn’t seem to attract TOD.

For instance, two years ago, Grand Rapids implemented a BRT line that plies Division Avenue. After a year in operation, the vice president of Grand Rapids’ Division Avenue Business Association told MLive, "I can't say that the businesses have seen any economic impact.”

And so the bus-based system will be used to ferry the city’s poor out to work in the suburbs, while the actual hope of rail-based transit to help create jobs in the inner-city is squandered.

Underlying this failure is the tougher challenge: getting people to understand that transit, at its best, can be a development strategy. It's not about moving people around to where jobs are so much as it is creating hot spots for development, which then employ more people, which then drive expansion of the system.

That’s the best-case scenario. Unfortunately, we in southeastern Michigan have leaders who see the world mostly through the windshield of their personal car, and their idea of mass transit is that it caters to people who simply can’t drive their own vehicle. Out local leaders will approve billions to expand highways but regard transit as being for the poor, the blind, the elderly, the infirm, but certainly not for everybody.

And so the powers that be design a system that enables sprawl by catering to regional development patterns. That means they ask us all to vote for a system of buses so that poor folks can take the bus from Detroit out to Hall Road to work for the people who drive.

This is essentially why I will not be voting "yes" on this transit plan.

Disagree with me? Well, go ahead and disagree. A lot of good people do. You can even join the Motor City Freedom Riders. They’re offering a stipend to people who'll make sure bus riders know about the vote. They know the people who ride the bus now will probably vote yes for the promise of more and better bus systems.

And why isn't that good enough for me? Isn't the end result — more working people being able to take long commutes to their jobs on Hall Road — better than nothing?

Maybe. Except that it will wed us to a plan in which we spend a lot of money for decades to come create a system that will likely convince yet another generation of metro Detroiters that transit simply doesn’t work in Detroit. That's a tremendous cost to pay.

Getting down to the roots of this problem is a much harder fight, one that involves ensuring Lansing politicians change the authorizing language for the RTA so that it can offer the kinds of transit that our metro area's residents prefer, while actually helping build up local economies. If Rep. Adam Zemke (D-Ann Arbor) was able to get Lansing to soften the requirements for Q-Line and Ann Arbor-Detroit service, it shouldn’t be impossible to push for more. That’s where the real fight should take place. It can be begun with a simple call, letter, or email to your state rep or state senator.

Otherwise, our region's RTA may as well bear the transit slogan once satirically proposed by The Onion: "Take The Bus … I'll Be Glad You Did."