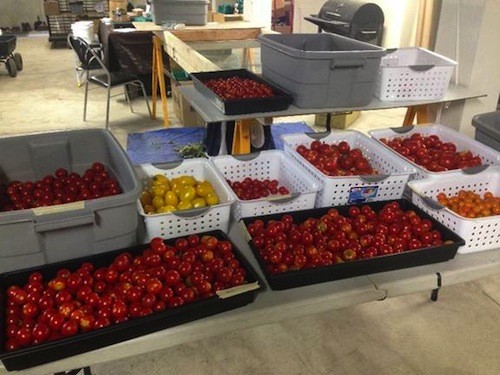 It always brings a smile to our faces when we see evidence that people we've covered in the past are doing well. Today it was the urban farmers of Detroit's Penrose neighborhood: They'll be selling a bumper crop of tomatoes today at Seven Mile Road and Woodward Avenue. It's proof that their project is bearing fruit, literally and figuratively. 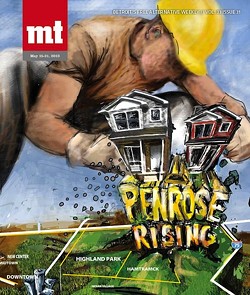 Their story was covered three years ago in Metro Times by Curt Guyette, who spent weeks talking to the planners, architects, and residents of newly built and energy-efficient homes in this neighborhood just north of Seven Mile Road between Woodward and John R. But Guyette didn't gloss over the challenges, writing, "Penrose is still no paradise. Burnt-out buildings and abandoned lots that have become dumping grounds are still a significant part of the landscape. Parts of Penrose look as if they have been hit by some freak natural disaster — some combination of tornado and wildfire."

But something special was happening in Penrose. Guyette chronicled how developer Sam Thomas began buying land and houses in the mid-'00s, building two- and three-bedroom single-family houses about 1,500 square feet in size, all with basements and garages.

Thomas, then 71, insisted he’s not just building homes — he’s building communities. And the shape is determined in large part by the people who live there. Part of that vision is also shaped by landscape architects Ken Weikal and Beth Hagenbuch, the husband-and-wife team behind "GrowTown," whose tomatoes are on offer today.

Guyette again: "The couple started by meeting with residents, giving the broad outlines of a vision, getting buy-in and then filling out the details. What emerged is an ambitious plan that features lots of green space, community gardens intended to help feed local residents and a 'market' garden designed to turn a profit. Also in the plan are an orchard featuring fruit trees and another area for berry bushes."

Those plans have come to fruition, and today buyers will have a chance to enjoy some of that grown-in-Detroit flavor. They say it's a great year for cherry tomatoes — "and the sweetest are at Penrose." They'll have at least three varieties: "Sakura" (bright red and sweet), "Mountain Magic" (small, red, and for slicing), and "Golden Rave" (medium golden yellow with a great flavor). It costs $3 for a 1-pint container, $5 for two. Mixing and matching encouraged. The market stand will be open 2-6 p.m. today at 19444 Charleston St., Detroit. Hagenbuch and Weikal advise: "Make a run and pick up some for everyone at the office!" 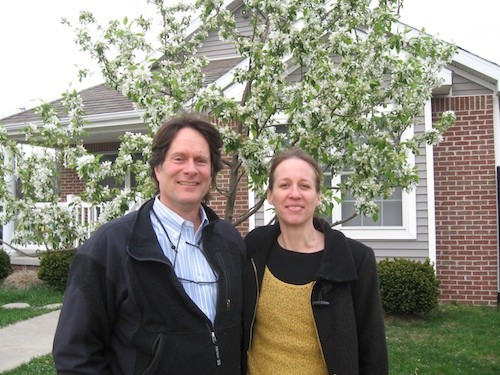