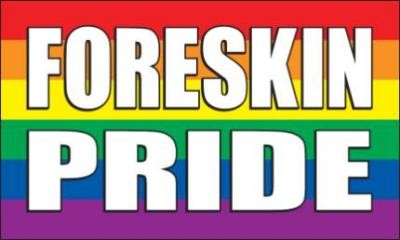 Infant circumcision can be a polarizing topic — and it's one we explored in-depth in an October 2014 investigative report on the topic.

Each year anti-circumcision activists (self-titled "intactivists") protest the nearly 2,000 circumcisions that take place at Beaumont Hospital in Royal Oak. According to the group, NOCIRC of Michigan, the practice is a money grab by physicians.

“Circumcision is as harmful as it is unnecessary,” says Robert Van Howe MD, Professor of Pediatrics at Central Michigan University, College of Medicine. “Leave your son alone. He will thank you later.”

In a press release the organization says that circumcision is the only surgery performed on children without a diagnosis and Norm Cohen, director of the Michigan chapter of NOCIRC, says, "Doctors and hospitals profit by perpetuating the myth that circumcision is health care. It is not. It removes a normal, functioning part of a child’s genitals.”

And so, in an effort to get parents to stop chopping off their kids private parts, 50 men and women will protest while wearing red hoping to garner the attention of passersby. In years past the group has dressed in white jumpsuits with big, red splotches on the crotch to represent bloodied genitals.

The march will begin at noon at Memorial Park in Royal Oak and all participants will receive a free bumper sticker!