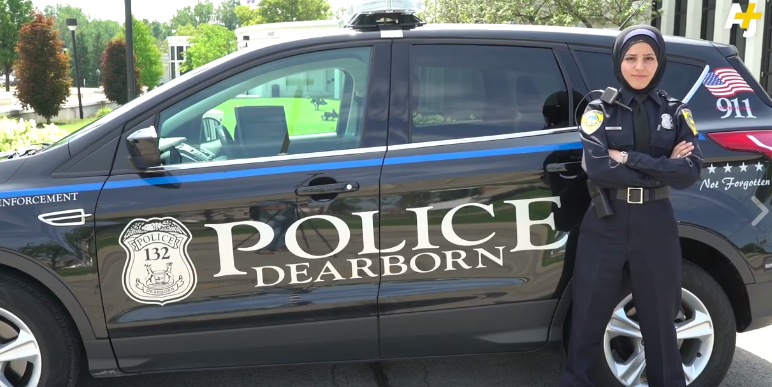 The city of Dearborn recently instated Amal Chammout as an officer. Why's this a big deal? Well, she's the first person in the country to don a uniform and a hijab at the same time.

In an interview with AJ+, the 23-year-old says she's "just like any other officer. There's no difference between me and anybody else that works."

People of Arab descent make up over 40 percent of Dearborn's population, so seeing a woman wearing a hijab while on the job shouldn't come as a shock

In the same interview, Dearborn Police Chief Ronald Haddad sings Chammout's praises, saying, "Amal is a very educated woman. She has confidence. She also has compassion for the people she serves." And that's a lesson some of our other local police officers could learn.

Chammout started her career as an intern and has worked her way up. While working as an ordinance officer (mostly passing out parking tickets), she's also finishing up her masters degree in criminal justice.

Watch the whole interview below.