TV miniseries on inequality zooms in on Flint 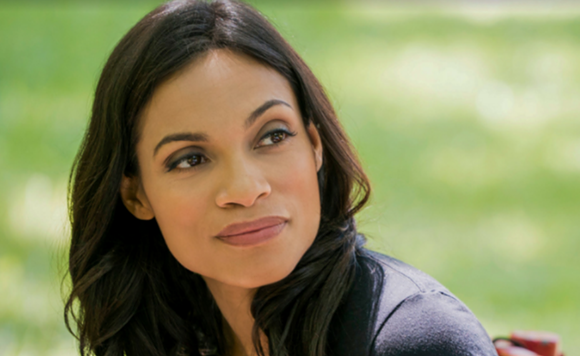 Flint is getting the star treatment.

The beleaguered city and its ongoing water crisis are being featured in the new documentary series America Divided, which takes an in-depth look at various aspects of inequality in eight different parts of the country.

The conceit of the series – the hook designed to draw in viewers – is to use high-profile celebrities as journalists. The hope is that their star power will help attract much-needed attention to issues such as criminal justice, immigration, health care, voting rights and housing discrimination.

The overarching theme is that of economic inequality.

“Economic inequality is the greatest crisis facing America today,” says Richard Rowley, one of the creators of the series. “We’re seeing levels of inequality we haven’t seen since the Gilded Age right before the Great Depression.”

No place offers a more clear-cut example of economic inequality than Flint, a once-booming manufacturing town with a prosperous middle class that is now a city where 40 percent of its nearly 100,000 residents live in poverty.

The celebrity assigned to cover the poisoning of Flint’s water supply is actor Rosario Dawson, who rightly zeroes in on Michigan’s emergency manager law as she explores the roots of the crisis.

Josh Sapotichne, an assistant professor of political science at Michigan State University, is unequivocal in his analysis. In an interview with Dawson, he describes the economic “death spiral” Flint was thrown into as the result of forces beyond its control and the role “austerity” measures imposed by appointed emergency managers played in creating the water crisis.

“I’m just in shock at how democracy was just completely thrown out the window,” says Dawson.

The documentary also does a good job incorporating the voices of various Flint residents. One of them is Laura Sullivan, a mechanical engineering professor at Kettering University. There is a particularly poignant moment when Sullivan begins to choke up as she talks about struggling with the guilt she feels over having believed the city and state’s experts early on in the crisis when they falsely claimed the water was safe.

In another scene, Sullivan opens up the trunk of her car to show Dawson lead pipes that corroded after the switch to the river. Sullivan explains how, in their rush to try and save money, city and state officials allowed Flint’s water treatment plant to begin using river water even though it lacked the equipment to add the corrosion-control chemicals mandated by law.

“So, wow, this is basically crime scene evidence,” exclaims Dawson.

Sullivan explains that the water crisis actually marks the scene of a pair of crime.

As for holding people accountable, Dawson tries but fails to get Gov. Rick Snyder or anyone else from his administration to respond to questions.

“No one in charge will agree to an interview,” says Dawson. “Some people are being prosecuted, so everybody’s lawyered up.”

She does get a phone interview with a lawyer representing former Flint Emergency Manager Darnell Earley, who was running the city in 2014 and rejected an offer from Detroit to keep selling Flint water. Instead, with an eye toward saving $5 million over the next two years, Earley allowed a plan to use the river water to proceed.

“I’m just curious,” says Dawson. “At what point is an emergency manager’s actions going to rise to the level of prosecution? What responsibility or accountability can be expected.”

Earley isn’t to blame, insists the lawyer. He says culpability lies with the water treatment experts who emergency managers relied on.

The lawyer chuckles nervously, then responds, “I’m not crazy about the way you couch that.”

Although it breaks no new ground, the doc shines a much-needed spotlight on the city and its ongoing plight at a time when national media attention has fallen off.

A special screening of “Something in the Water” will be held at 6:30 p.m. on Thursday, Oct. 6, at the Flint Institute of Arts, 1120 E. Kearsley St. To attend RSVP at americadividedflint.splashthat.com.

The showing will be followed by a panel discussion moderated by community activist Nayyirah Shariff. One goal of that discussion, Shariff says, will to be to highlight the role Flint residents played in conducting the independent tests of the city’s water that exposed the extent to which the city’s water supply was contaminated by lead.

For those who can’t make that event, the first installment of the series America Divided – which includes much of the Flint story – will be shown at 9 p.m. Friday, Sept. 30, on the EPIX cable channel.