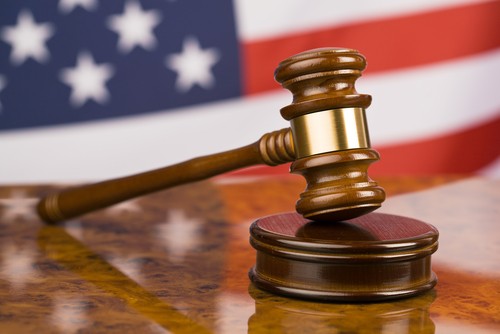 One Detroit-area community has learned a thing or two about trying to stop Muslim institutions. And it's a pricey education.

We’re talking about Pittsfield Charter Township, which has agreed to settle lawsuits filed by the Justice Department and the Council on American-Islamic Relations in federal court. The charge? Blocking plans for a proposed K-8 Islamic school for the Michigan Islamic Academy.

It’s all in an article from Tom Perkins that came out late last week.

The lawsuits contended that Pittsfield Township placed undue burden on the Michigan Islamic Academy by denying its request to rezone a 26-acre parcel at the Golfside and Ellsworth roads intersection in October 2011.

It’s really nothing new. As the ACLU has noted, opponents of mosques and Muslim schools “frequently claim their objections are based on practical considerations such as traffic, parking, and noise levels,” but that “those asserted concerns are often pretexts masking anti-Muslim sentiment.”

Islamic institutions have been fought in West Bloomfield, Plymouth, Warren, and Sterling Heights, with campaigns against them often breaking down along ethnic and religious lines.

The Sterling Heights case was especially visible, with some troubling testimony before the city council. As the Free Press reported, at a city council meeting, in August of last year, a Sterling Heights resident held up a picture of a woman wearing a niqab and warned that the mosque would attract “people like this. … I don't want to be near people like this. This is not humanity … This is scary. And disgusting.”

It sounds as if the planning commissioners in Pittsfield Township tried to be a bit foxier than that. They raised concerns about internal traffic circulation, more cars on Golfside and Ellsworth, site lighting, landscape screening, and noise that would disturb residents in the neighboring Silverleaf subdivision.

If it seems unfair to bring the residents of Silverleaf into this, not only did the news story characterize their opposition to the project as “vocal” throughout the planning approval process, but DOJ charged that Planning Commissioner Deborah Williams lived in Silverleaf and “actively organized residents to oppose MIA's petition, including by instructing them regarding what objections to raise.”

By which we take to mean: Talk about the traffic, the landscaping, the height, the noise, anything but the fact that this is a Muslim school.

Of course, the idea of any community in the sprawl around Ann Arbor refusing development is, frankly, almost completely hilarious. We’re sure it happens all the time. We’re certain the zoning boards are eager to preserve the peace and quiet of residents less than a football field away from the traffic screaming by at 75 miles per hour on I-94.

But almost everybody involved with this case, from the director of the school to the attorney from the Council on American-Islamic Relations to the U.S. Justice Department, feels that the township violated its own rules, moved the goalposts again and again, forced the school to spend tens of thousands of dollars in independent studies, and then ignored the academy’s compliance with all the township’s requests.

What’s more, the DOJ “also noted that the township approved plans for similar schools, including the Washtenaw Christian Academy and the Ypsilanti Free Methodist Church.”

But here’s where it gets really interesting. The settlement is a big one. Not only does the school get built; Pittsfield Township has to pay a whopping $1.7 million. There’s also a bit of a public spanking, in that the township has post signs outside the township hall and on its website stating that it won’t discriminate against religious groups. As part of the settlement, which has yet to go through, its officials would have 90 days to bone up on the laws they violated.

The response from the township has been decidedly mute on the discrimination issues.

Pittsfield Supervisor Mandy Grewal said the settlement will be paid by the township’s insurer. (Which is a way of weaseling out of who pays the insurance rates that pay the punitive damages.)

The township and board “emphatically deny any wrongdoing, discrimination or violation of law,” Grewal said in a written statement.

Oh, yeah, right. Honestly, any reasonable person can be excused if they instead hear Grewal’s denial as, “We didn’t do it, and we won’t do it again.”

While the settlement is bad news for the taxpayers of Pittsfield Township, it is good news for Muslims in America. They don’t always win these cases, and CAIR-MI attorney Lena Masri called the outcome a “landmark settlement.” There are almost sure to be more settlements coming: The rejection of the proposed American Islamic Community Center by Sterling Heights is now under investigation by the Department of Justice as well.