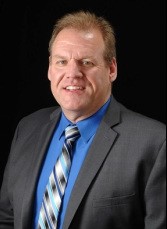 A Clinton Township trustee was arrested by FBI agents Thursday and charged in U.S. District Court with taking bribes in exchange for votes on municipal contracts.

Trustee Dean Reynolds, who has served on the township board since 2004, is accused of accepting between $50,000 and $70,000 in cash bribes from the representative of a company “that was seeking and that secured a significant contract with Clinton Township,” according to a release from the office of U.S. Attorney Barbara McQuade.

In exchange for the money, Reynolds “sold his vote” in favor of the company’s contract and provided information about other trustees’ votes, according to the district attorney’s office.


The 49-year-old township trustee took an additional $17,000 in cash payments from an undercover FBI agent while being videotaped, according to the release.

Reynolds is expected to make an initial appearance in U.S. District Court on Thursday afternoon. If convicted of the public corruption charges, Reynolds faces a maximum of 10 years in prison and fines of up to $250,000.


The arrest comes as part of a wider investigation into public corruption in southeastern Michigan, with a focus on Macomb County, according to the district attorney’s office. The investigation has used phone wiretaps, “consensual audio and video recordings by cooperative individuals,” undercover work, surveillance, telephone tracking warrants, and subpoenas, according to McQuade’s office.


“Law enforcement is committed to seeking out and prosecuting corrupt public officials in all areas of the Eastern District, including suburban communities,” McQuade said in a statement.