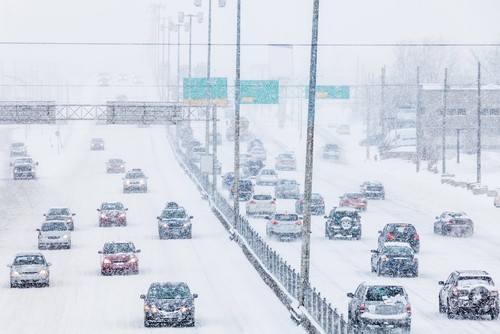 Those with strong feelings about the Michigan Department of Transportation's plan to expand I-94 in Detroit will welcome news that the department is holding a couple of open houses in Detroit this month to discuss the plan.

As those who've followed the issue know, several years ago, MDOT dusted off an I-94 expansion plan from the 1990s and put it forward. Though MDOT has trouble funding the maintenance of the roads it has right now, it generally hasn't seen an expansion plan it doesn't like. Even one that's 20 years old and based on the economics of the 1990s.

At a June 20, 2013 meeting of SEMCOG at Detroit's Atheneum Hotel, SEMCOG commissioners held a public meeting and heard dozens of impassioned speeches from residents opposed to the expansion. By the meeting's end, SEMCOG still approved the plan.

The plan is estimated to involved the spending of $3 billion through 2036, rerouting interchanges, adding a lane, and adding continuous service drives to help speed traffic through the inner city, and demolishing a few buildings along the way in the rapidly developing area.

As critics have pointed out, widening a freeway isn't an effective way to reduce congestion. In the end, motorists change their living, working, and driving patterns to occupy the new roadway, with the result that the road is soon just as clogged as it ever was. This is common knowledge in the highway planning business, and yet it still hasn't reached Lansing. "Easing congestion" is a refrain MDOT officials keep returning to.

Even if such promises sell with Michigan motorists, they get laughed at elsewhere. For instance, in 2014, a report from the Washington D.C.-based United States Public Interest Research Group labeled MDOT’s I-94 widening project a “boondoggle.”

Specifically, the report said the project “might even make Detroit’s economic recovery more difficult by further separating two neighborhoods that have been leading the city’s nascent revitalization” — Midtown and New Center. For instance, the plan would remove many bridges separating the two neighborhoods just as development is beginning to soar. It would further increase the concrete canyon that already divides the campuses of Wayne State University and the College for Creative Studies.

And it would do it in a world where people drive fewer and fewer miles, in an area where young people are more likely to walk or bicycles.

So what can critics expect at the upcoming "open house-style meeting" this month? Most likely a dog-and-pony show for the freeway expansion, positing a few delicately qualified concessions based on last year's "open houses," and carefully structured opportunities to "provide feedback on proposed modifications under consideration."

As for the MDOT officials and consultants, they can probably expect an earful of criticism of a plan that should have probably remained back on the drawing board where it belongs, in the 1990s.