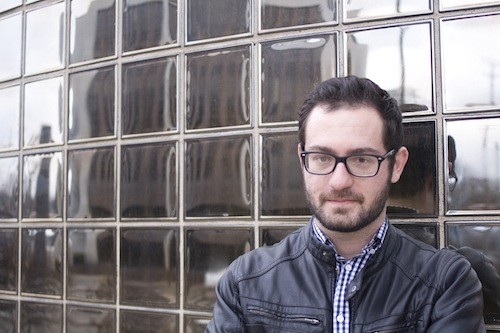 Leyland "Lee" DeVito is the new editor of Metro Times. DeVito returns to the award-winning alt-weekly after a nine-month stint as an associate editor at monthly glossy Hour Detroit magazine. He previously worked at Metro Times from 2013 to 2016 as a staff writer, and has freelanced for the paper since 2008.

Along with DeVito's hire, Metro Times' parent company, Euclid Media Group, plans to increase its coverage of food and the arts, as well as renew its commitment to hard-hitting investigative journalism. The paper recently promoted associate editor Alysa Offman to full-time, will be hiring a new staff writer in the next month.

Said Chris Keating, publisher, "We are thrilled to bringing on Lee DeVito, who not only gets the city but gets the important journalistic legacy of Metro Times. We are confident he's the right person to lead the paper into a new era."

“I’m very excited to be back,” says DeVito, 30. “I grew up reading Metro Times. I love the brand, and I love the team here. I look forward to the opportunity to tell daring long-form stories, and inform readers about what’s happening in Detroit each week.

DeVito's work at Metro Times earned awards from the Society of Professional Journalists: first place for a personality profile for his story on Charlie LeDuff and an honorable mention for his investigative reporting on Enbridge’s controversial Straits oil pipeline. DeVito’s writing has also appeared in VICE, In These Times, and Chicago’s New City, among others. In addition, he is an illustrator and designer, and has occasionally supplied artwork for Metro Times.