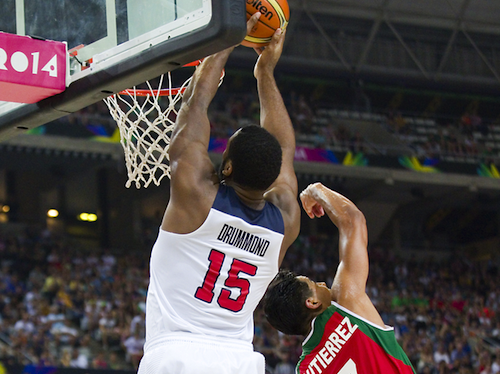 Here's a little something to give you some Tuesday afternoon whiplash: When it comes to the public subsidies that are almost certain to be announced this afternoon, two entities that almost never agree find themselves in perfect agreement: Metro Times and the Mackinac Center for Public Policy.

As longtime readers know, MT finds itself locking horns with the free-market think tank over "education reform" (school privatization and vouchers). We've identified them as a group "those on the left consider part of the hard right." And even if we haven't agreed, we've objectively noted their influence.

But our agreement today stems from a deal about to be sealed and celebrated in Detroit today, and it began with an email this morning.

It was an email from John C. Mozena, the vice president for marketing and communications for the Mackinac Center for Public Policy. And it had the subject heading: "Detroit Pistons’ Move Downtown Shouldn’t Be Subsidized By Taxpayers."

At first, we thought we were being had, and even went so far as to pull up the group's website and make sure this Mozena person existed. He does. We spoke with him a little while ago. By the time we did, we realized that, yes, it kind of does make sense that a free-market think tank, even a conservative one, would be opposed to the sort of subsidies we speculate will be announced today.

"It’s one of those areas where people who haven’t paid a lot of attention to our work over the years are sort of surprised," Mozena told us. "But I’d argue we’ve been the most consistent anti-corporate welfare voice in the state for almost 30 years."

He's telling the truth; the MCPP has opposed subsidies we've approved of (refundable film tax credits) and others we've thought were suspect (the funny business that goes on at the MEDC).

"We are in that way free-marketers," Mozena said. "We’ve been opposed to subsidies, tax breaks, and incentives consistently."

Mozena points to the study "Do New Sports Facilities Attract New Businesses?" published in The Journal of Sports Economics this year, which concluded, “We find no evidence of increased new businesses openings after the opening of new sports facilities in 12 U.S. cities in the 2000s; employment at new businesses near new facilities is larger than at new businesses elsewhere in the metropolitan statistical area; this increase cannot be linked to businesses in any specific industry.”

And as Mozena pointed out in his initial email: "Even the traditional argument that stadiums create 'nightlife' is a low-percentage shot: Instead of creating new demand and new customers for bars and restaurants, subsidized stadiums unfairly compete for a consumer’s entertainment dollar with those businesses. Someone drinking a beer or eating a hot dog in a subsidized stadium seat isn’t doing that in their neighborhood restaurant."

Let's just say that when MT and MCPP agree that something is wrong, it's hard to dismiss it as a fringe complaint.