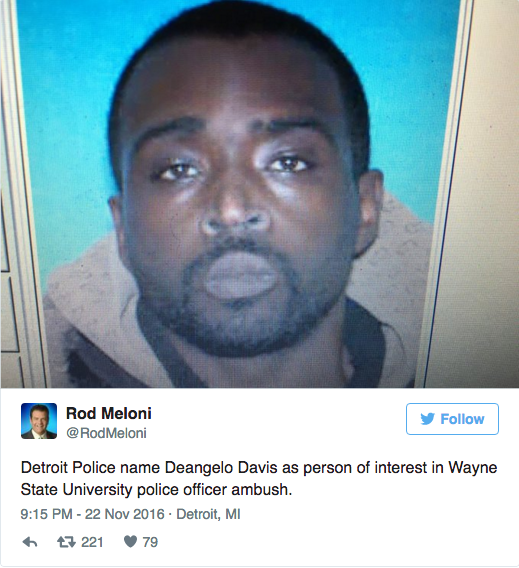 Fans of Metro Times News Hits should be no strangers to the Detroit Coalition Against Police Brutality. Under the leadership of Ron Scott, the group consistently acted as a watchdog for excessive use of force on the part of police, as well as dangerous lockups and illegal roundups that eventually figured into the federal consent decrees the Detroit Police Department operated under for many years.

Through it all, Scott was a consistent and principled opponent of brutality and injustice, and a sworn supporter of decent police who, within the law, do good police work.

Scott died last year at the age of 68, but that legacy continues, and the group is still trying to get to a full disclosure of the truth in a recent case: the killing of Wayne State University police officer Collin Rose.

The coalition is particularly concerned about the speedy arrest of an African-American male, DeAngelo Davis, the homeless, mentally and physically impaired Detroiter who was released after being jailed on first degree murder charges a few days after the Rose shooting. Evidently, after less than two weeks, even our passionate police and prosecutors had to admit Davis wasn't their man after watching footage of him in a nearby business at the time of the shooting.

But that came after forceful police statements in media coverage in the immediate wake of Davis' arrest, about his repeated run-ins with police, his criminal record, and you can see that Davis was being prepared for a full-ride scholarship through the justice system.

Sandra Hines of the Coalition Against Police Brutality has been with the group for more than 20 years, and says in the case of Davis, "There are just too many questions unanswered."

"No citizen deserves to be picked up just because they’re in the area, appear to be homeless or crippled. I think they thought Mr. Davis was just a nobody, and that there would be no repercussions for what they did. Now that we find he’s not implicated, and had nothing to do with it, we can see there was a rush to judgment."

The coalition's questions pertain not just to suspect-for-a-moment Davis, but to Officer Rose as well. "Why wasn’t the policeman Collin Rose accompanied?" Hines asks. "Nobody deserves to be killed and die. We need all the policemen we can get. But we're trying to get at the truth."

What the coalition believes is central to the question of what really happened is whether there was any dash-cam or body-cam footage.

Wayne State University has not replied to their requests.

The group also says it has filed Freedom of Information Act requests with the university, and hopes to be able to present more information that will throw light on what happened.

Ultimately, Hines says, "You’ve got to protect all of the people. Officer Rose needed to be protected. And Mr. Davis should have been protected too."

"It is imperative that the President, Board Chairman and Chief Holt meet with us as soon as possible," said coalition spokesperson Kenneth Reed. "We remain dedicated to building peace across the City of Detroit, and proper policing procedures are an important part of that process."