ICYMI: Dan Gilbert freaked out on a reporter on Twitter over 'peculiar math' 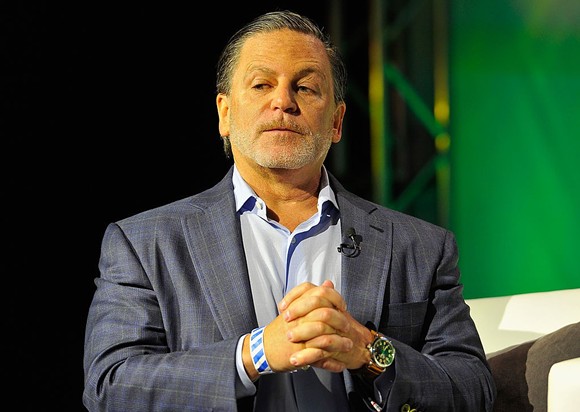 Recently, Gilbert has claimed that it costs the same to build in New York City or Chicago as it does in Detroit — hence his need for tax incentives. But in a recent story for Crain's Detroit Business,  reporter Kirk Pinho determined Gilbert's claim is, in short, "dubious."

Pinho walks the reader through his math, which seems fairly straightforward — though he notes that Gilbert's Bedrock LLC declined to comment or shed any insight on Gilbert's claim.

Gilbert wasn't pleased, taking to Twitter on Sunday night to call Pinho out for "twisted apples to oranges peculiar math," equating it to "fake news":

First there was "Fake News" now we see "Fake Debunkers". Like @kirkpinhoCDB of @crainsdetroit & his twisted apples to oranges peculiar math https://t.co/rJj5HA8sNR

Other reporters were quick to join the fray:

Hi, Dan. Kirk's story was fair and deeply researched. If you or your team would like to share your math, we'll share it with our audience. https://t.co/43J1RcCWKA

On Monday, Gilbert promised to take Crain's Associate Publisher Ron Fournier up on his request to share the numbers to back up his claim:

We will do so, Ron. BTW.. the 2nd tweet was a comment in "general" as a reply to the Detroit News reporter not targeted at Pinho's piece. https://t.co/hyAmZmGr8x

We will keep you posted when he does.