Four highlights of live, local theater in the new year

December 28, 2016 at 7:22 AM
comment
If you haven't been a spectator of live theater in a while, what you find might surprise you. In a day and age when overblown CGI graphics appear in lieu of character-driven drama, and when absolutely instantaneous videos on YouTube have shortened our attention spans, tucking the cellphone away and seeing in-person performances right before your eyes can be revelatory. When the lights go down and the curtain goes up, you'd be surprised how the old magic of actual people telling a story in front of you still works as well as ever.

The things that make live theater a great first or second date are also the things that make it worthwhile all the time. No medium is better for discussing over drinks afterward, mostly because good performances of great plays offer a chance to grapple with important issues in the here and now.  Why is that? Because playwrights of all sorts of perspectives still write for the stage, where off-kilter storylines and unconventional plots still do get presented by a dwindling number of courageous theater companies. The kind of stuff that used to be in interesting movies a decade or two ago still abounds on the live stage.

Here are a few of the more interesting plays scheduled to appear locally in the new year. 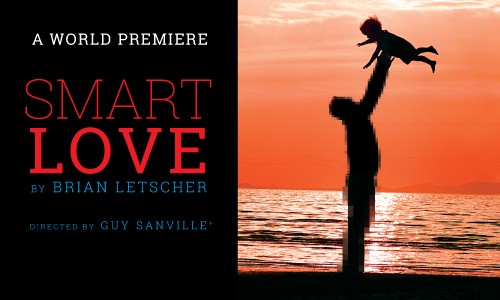 Smart Love at the Purple Rose Theater
Emmy-winning actor and Michigander Jeff Daniels founded his Purple Rose Theatre more than 25 years ago. The name was inspired by the 1985 Woody Allen film The Purple Rose Of Cairo, in which Daniels starred, garnering a Golden Globe nomination. In 1986, Daniels moved back to his old stomping grounds of Chelsea, where he built this 168-seat house that often mounts productions of plays with local connections. This coming season, it's Smart Love by Brian Letscher. You may already know Letscher from his appearances on such television shows as Scandal and Hollywood Heights, as well as his many appearances on crime and cop shows.

It's hard to tell much about the upcoming play, as the details are given only the scarcest outline in press materials. It starts with one of the classic set-ups of any posh creative writing workshop: Grappling with the death of a parent. But from there it heads into an unexpected direction: an unsettling revelation about the recently deceased dad involving artificial intelligence. The whole AI thing has gotten a lot of attention from filmmakers in recent years (AI, Her, Ex Machina), so it's intriguing to think where Letscher will take it. In any event, it's a world premiere, the theater isn't half as well-known as it should be, and there isn't a bad seat in the house. 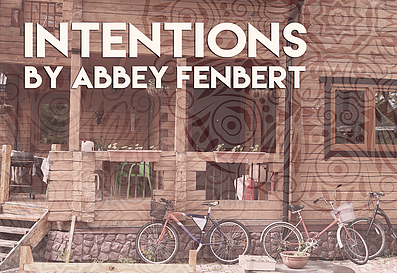 Intentions at the Matrix Theatre
Closer to downtown Detroit, the Matrix Theater has been at the forefront of community-oriented, often community-driven theater. At Matrix, the art of theater is just one of three pillars along with community and social justice.

In February, the theater will stage a production of a play by local playwright Abbey Fenbert. In fact, the play won the Mark Twain Prize for Comic Playwriting at the Kennedy Center American College Theater Festival. It now gets its professional world premiere production at the Matrix.
​
The play sounds like it earns its laughs, given a sort of "worlds collide" plotline concerning a lefty outpost something like Trubullxplex. The Matrix's sum mary goes like this: "Tillerman House isn’t just a community — it’s intentiosnal. If something’s not sustainable, local, shade-grown, fair-trade and cruelty-free, Nell is sure to right it — until Leif comes along. Can the collective’s fragile ecosystem sustain an ex-frat bro who doesn’t know a zine from a zen garden?" 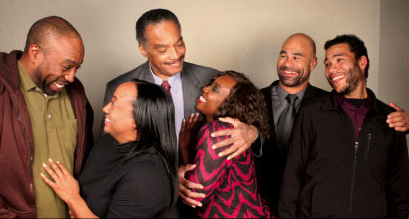 Firepower at the Detroit Repertory Theatre
The Detroit Repertory Theatre, or “the Rep” as it’s often known, is tucked away on a depopulated stretch of Woodrow Wilson Street on the city’s west side. For more than a half-century, “the Rep” has staged several plays a year, including plenty of national premieres of topically important work. All productions have a prestige factor, with quality sets, pitch-perfect lighting design, and a tight technical ensemble, to say nothing of the gorgeous lounge and bar, which is probably the longest in Detroit.

In January, the Rep usually stages the most serious play of this year. This time around, it's a play by Kermit Frazier, a professor of English at Adelphi University and a productive playwright in his own right, although he's perhaps best known for his producing and writing work on Ghostwriter, the 1990s TV series for children.

This world premiere production of Frazier's latest concerns a first-term black city councilman in Washington, D.C. He has an important piece of legislation pending when he is visited by his two adult sons, both of whom "carry long-held secrets that are destined to explode in their father's face."

The Legend of Georgia McBride at the Ringwald Theater
Then again, if you want to see a bit of enjoyable fluff from a playwright who's known for sterner stuff, you could do worse than see the new play at the Ringwald Theater. It's The Legend of Georgia McBride, written by Matthew Lopez. Lopez burst into prominence in 2011 with his play The Whipping Man, a Passover play set in a slave-owning Southern Jewish household after the Civil War. It won Lopez an Obie, and quickly became one of those new American plays produced everywhere from Mill Valley to Montclair.

Lopez's newest play, The Legend of Georgia McBride, premiered last year, and is comparatively light and fun, with the rat-a-tat writing of a screwball sitcom. That makes it a shoo-in for the farce-loving stage of the Ringwald.

Here's the setup: Casey has been eking out a poor living as an Elvis impersonator in a bar in the Florida panhandle. He's been such a failure at drumming up business, that the owner is at the end of his rope, or at least desperate enough to have hired a drag act to attract customers. The unlikely stage act (and a baby on the way at home) becomes impetus for a whole new stage identity for Casey, who raises his hair just that much higher to God as Georgia McBridge, toe-tapping, fun-loving, drag queen who quickly becomes a success.