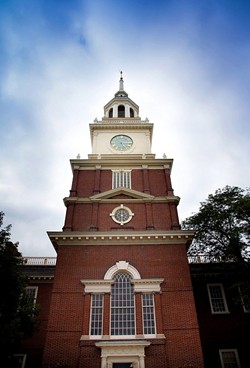 According to a press release, the additional titular words will better define the museum for visitors.

The Henry Ford's president, Patricia Mooradian, said in a press release, "Henry Ford Museum has always been about ideas and innovations that changed the world. We believe adding the word innovation to the museum’s name better serves our visitors as it clearly defines the museum’s focus.”

Along with the name change, Mooradian promises their commitment to education will continue to grow. Their popular and Emmy-winning TV series, The Henry Ford's Innovation Nation, was just renewed for two more seasons. They've also partnered with Pearson, a leader in education, to develop innovation courses that foster problem-solving, creativity, and innovation in students grades 6 through 8.

Additionally, they're partnering with the STEMIE Coalition to bring the national Invention Convention and Entrepreneurship Expo, an initiative to elevate K-12 and entrepreneurship to a national level to Michigan beginning 2017-2018.