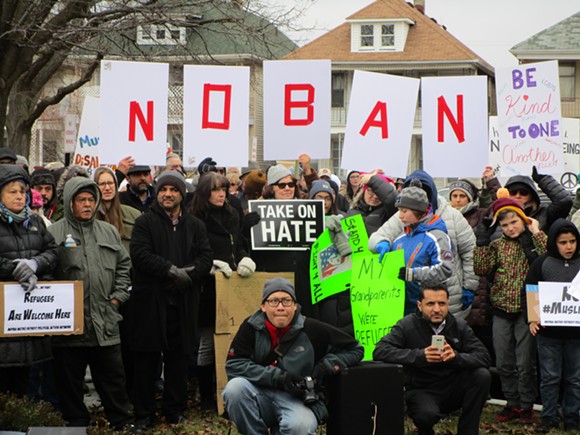 Roberts filed a court order Thursday on behalf of four lawful permanent residents, which include a U.S. citizen whose 9-year-old son was denied a visa to join his family and members of the Arab American Civil Rights League.

"Among other things, this Executive Order affects travel to and from the United States of lawful permanent residents and other non-citizens from seven designated countries," Roberts says in the order. The order seeks a permanent injunction that "prohibits the denial of entry into the United States of legal permanent residents and those with valid immigrant visas on the basis of the January 27, 2017 Executive Order."

Read the order below: