Detroit police officer who killed teen has violent past 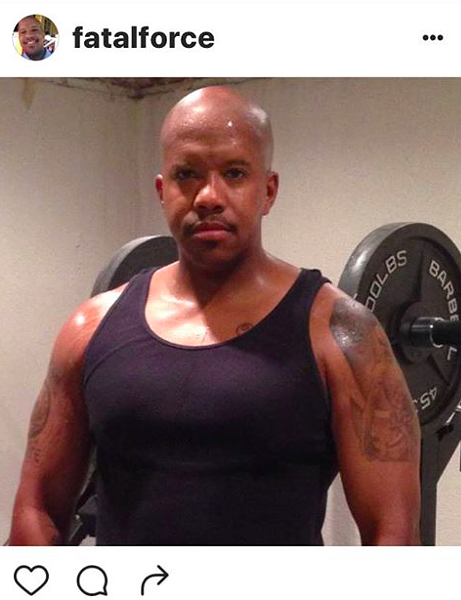 The Detroit police officer who sources say shot and killed a teenager on Feb. 13 in what the department described as a struggle has previously faced accusations of inappropriate use of force.

Two separate sources close to the department have identified the officer as Jerold Blanding, a longtime member of the 10th precinct whose Instagram account was aptly named “fatalforce” at the time of the killing. Detroit police have so far refused to identify the officer involved in the shooting, but say he’s an African-American who’s been with the department for 22 years.

According to DPD— which is heading up the investigation into the shooting— the officer who sources have identified as Blanding killed 19-year-old Raynard Burton after a speeding infraction sparked a car, then foot chase that led the pair to the backyard of an abandoned home. It was there that police say a scuffle ensued and the officer fired a single shot into Burton’s chest, killing him. The vehicle the teen had been driving later turned out to be stolen.

So far, police have little to go on beyond Blanding’s word: There are no witnesses to the shooting that occurred on a mostly vacant Dexter-Davison area block and there’s no dash- or body camera video to help piece together what happened.

But Blanding’s word has been thrown into question by revelations about his past.

Two decades ago, Blanding was making headlines for his off-duty shooting
of a man who’d been getting cash out of an ATM. The 1998 incident was the subject of an award-winning Metro Times cover story (“Under the gun” by Ann Mullen, April 5, 2000).

According to court records referenced in the report, 46-year-old Johnny Crenshaw was having trouble with a drive-up cash machine on the city’s west side and got out of his girlfriend’s van to get help from a woman using the ATM on the other side. While he was out of the vehicle, his girlfriend moved to let in an SUV being driven by Blanding.

Crenshaw said he was fussing with his cash, card and wallet when he returned to the spot where his girlfriend’s van had been and accidentally opened the door of Blanding’s SUV. Blanding— who later said he thought the man was an armed robber— opened fire, but only after Crenshaw says he’d already apologized and closed the door.

Court records show the off-duty cop first started shooting through the rear passenger window of his vehicle, then stepped outside to fire more bullets at Crenshaw, who had at that point already been hit twice. Blanding continued to shoot even as the wounded man got back into his girlfriend’s van.

The officer never faced disciplinary action, despite the fact that the woman who'd helped Crenshaw at the ATM corroborated the series of events. According to the Detroit News, Blanding did face disciplinary action for shooting a pigeon three years prior.

Detroit police have not responded to an inquiry for the officer’s disciplinary history. During a Feb. 15 news conference on Blanding’s latest use of force, however, Chief James Craig did rattle off the sealed criminal record of the 19-year-old who the officer killed.

“Here we have Chief Craig trying to criminalize this young black man and
not being transparent and exposing the fact that he knew that this officer had a history of violence,” said Chris White with the Detroit Coalition Against Police Brutality. “Given this information we cannot believe that Raynard [Burton] was struggling with this officer for his gun.”

In the Crenshaw case, Detroit police appeared to have helped Blanding avoid punishment.

Court records show the sergeant who investigated the incident offered Blanding a leading question: "The black object you saw in the complainant's hand, did you think it was a gun?" The department was also slow to hand over the case to the county prosecutor, who in 2000 told the Detroit News that the department sat on the investigation for nearly a year.

This time around, the Detroit Coalition Against Police Brutality and others are hoping for more accountability as the department once again looks into Blanding's actions. The group is calling for an independent agency to investigate the shooting, among other things.

For now, the department has placed Blanding on routine administrative leave while investigators go over forensic evidence and wait for Burton’s full autopsy report. The case will then be handed over to the Wayne County Prosecutor's Office for possible charges.