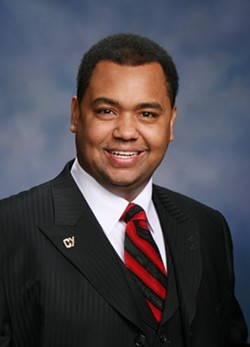 Detroit's mayoral race will be here before you know it, and we've already had a few Detroiters toss their name in the hat for the job.

One name that may sound very familiar is Coleman Young Jr., the state senator and son of former Detroit major Coleman Young.

Young Jr. announced his bid for mayor Sunday on WHPR radio. As many Detroiters know, Young's father was the first African American mayor of Detroit and served from 1973 to 1993.

Young will go up against current mayor Mike Duggan, who made his mayoral bid announcement earlier this month. Also running is 22-year-old Myya D. Jones. You can read a profile on Jones here.

The mayoral primary is in August.