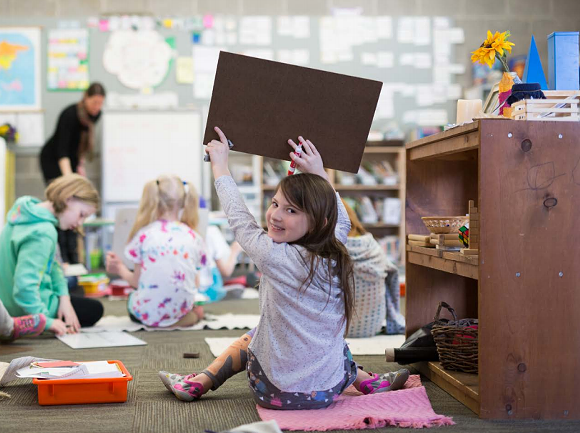 That's the finding of a newly released report by Michigan’s 21st Century Education Commission, a group that was created by Governor Rick Snyder last year and tasked with finding a way to improve "Michigan’s education system to better prepare students for a global economy."

The 25-member commission found that in order for kids to go on to make money, they more than likely will need an education! See the chart below for proof:

And if we want Michigan's kids to become productive members of society, the time to offer them better educational opportunities is now, said the commission of educators, business leaders, labor representatives, and nonprofit professionals.

The group didn't mince words in describing the urgency to act:

"While it is difficult to face, the data are clear: Michigan’s public education system is dramatically failing our children. As early as fourth grade, Michiganders are falling behind their peers, ranking 41st on fourth-grade reading performance nationally. Michigan is one of only three states that has seen a decline in fourth grade reading achievement since 2003; only West Virginia experienced a larger drop."

WEST VIRGINIA, guys! We need to DO something!

"The most jarring finding," the report went on, is that "black fourth graders in Michigan have the lowest reading performance in the country."

Saying Michigan's education system must be transformed rather than tinkered with, the commission outlined 32 recommendations to overhaul the system. They include enhancing teacher preparedness, enhancing accountability, supporting universal pre-k and increasing access to higher education by offering a free two years of community college.

Of course, all of that requires money. And the folks who compiled the report say additional resources are needed for disadvantaged students, i.e.: those in Detroit and other poor areas.

It also calls for assisting poorer communities with funding for school facilities, noting that Michigan is one of only 11 states that provide no support to local districts for capital outlay.

"As a result," the report says, "the playing field is highly uneven. Wealthier suburban districts can finance facilities at much lower tax rates than poorer urban and rural districts. Michigan should provide state aid to local school
districts levying property taxes for facilities to ensure that every district is guaranteed a minimum yield for each mill raised."

It's unclear what, if any of these recommendations Snyder will adopt given his history of helping poor kids, particularly those who live in urban areas. The governor is also in the midst of his final two years in office and likely lacks the political capital (and/or will) to orchestrate such an overhaul.

But, at the very least, we now have a Snyder-appointed cohort confirming many things we already knew. You can read a summary of its report here.