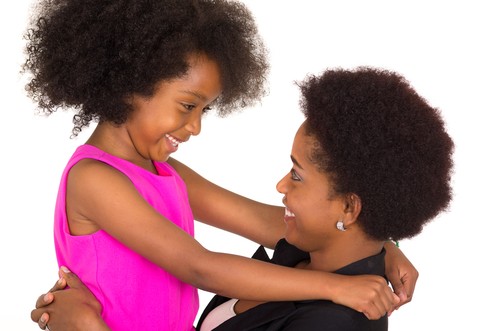 There were some legitimate grounds for amusement at last month's press conference, where President Trump squared off against the press corps. Asked about how he'd try to fix inner cities, Trump, in his usual halting manner, began several sentences in which he offered empathy for those who live in poverty in crime-ridden neighborhoods.

You go to some inner city places and it’s so sad when you look at the crime. You have people [who] … lock themselves into apartments, petrified [to] even leave in the middle of the day. They’re living in hell. We can’t let that happen. We’re going to be very, very strong. It’s … a very difficult situation because it’s been  …  festering for many, many years. We have places in this country that we have to fix. We have to help African-American people that, for the most part are stuck there. … So, we’re going to do a lot of work on the inner cities. I have great people lined up to help with the inner cities.


Some thought the president was less than sincere, given the fact that he didn't seem to know what the Congressional Black Caucus was and asked a reporter to set up a meeting for him.

But in case you doubted the depth of the Trump administration's empathy for inner-city residents, evaluate yesterday morning's remarks by White House budget boss Mick Mulvaney on MSNBC. Discussing a budget that included cuts to the Corporation for Public Broadcasting, Women, Infants, and Children supplemental nutrition assistance, and Meals on Wheels, Mulvaney had said:

When you start looking at the places that will reduce spending, one of the questions we asked was "Can we really continue to ask a coal miner in West Virginia or a single mom in Detroit to pay for these programs?" And the answer was no.

Feeling the whiplash? That ain't nothing compared to what inner-city black mothers must feel, since it was more than 40 years ago that presidential aspirant Ronald Reagan used the story of Chicago criminal Linda Taylor, dubbed by the Chicago Tribune the "welfare queen," to help undermine faith in the public safety net that's now being carved up further.

Those who remember this golden moment of "dog whistle politics" — and the gasping, outraged crowds reacting to it — will recall that it helped set the tone for a white racist backlash against "welfare mothers" (much like that single mom in 85 percent black Detroit) who, in the fevered imagination of GOP voters, drove their 14 illegitimate children in a luxury Cadillac to the welfare office on the first of every month.

Congratulations, GOP. You've come a long way in 40 years. Now, when you cut social programs, it isn't because black women are criminals defrauding the government, it's because you can't in good conscience ask them to pay for programs that might benefit them.