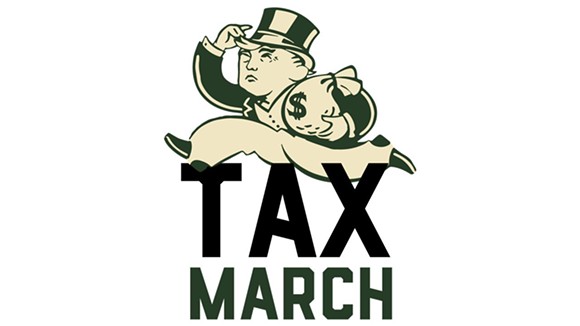 On Saturday, April 15 — the Saturday before our taxes are due — protestors are marching in cities across the country to demand President Donald Trump releases his tax returns.

Clearly, they do. A Rachel Maddow segment from earlier this month in which she obtained a couple pages of Trump's 2005 taxes earned the MSNBC anchor her highest ratings ever, despite the fact that the find wound up being underwhelming to say the least.

In Michigan, marches are planned in Detroit in front of the IRS offices at 500 Woodward Ave., City Hall in Hamtramck, and the University of Michigan's Diag in Ann Arbor, among others. More march locations are posted at taxmarch.org.