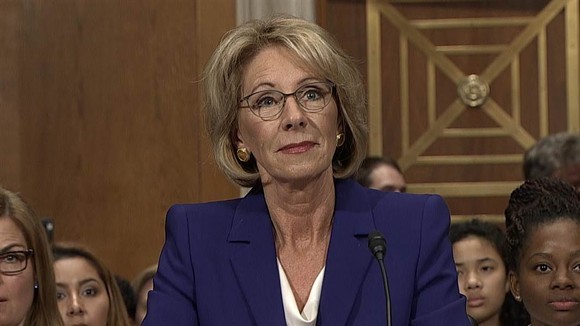 This may be the first thing that Secretary Betsy DeVos has ever said that we don't question and completely agree with! Cheers, Betsy!

In a recent public forum, Betsy DeVos was seriously quoted saying, "I'm not a numbers person" when asked if she should be judged based on academic outcomes for school of choice and voucher-like programs.

DeVos doesn't actually care if the school of choice and voucher programs actually work, just as long as it looks successful from the outside. Back when DeVos was questioned about proficiency and growth during her Senate hearing, DeVos didn't even know the difference between the two. Her lack of knowledge goes directly back to debating if the vouchers are good for public schools or not.

In Detroit, school of choice has completely gutted Detroit public schools and is an ongoing battle to figure out what is the best option for students.