Not vacant: the Midtown site where Detroit has approved a $77M development is actually a skatepark 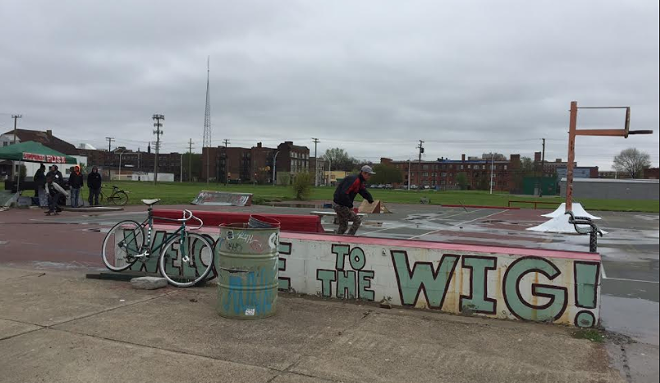 When Detroit officials last week announced a $77 million development that will bring several hundred new residential units to an area at the John C. Lodge Service Drive and Selden Street, they described the land where "Midtown West" would be built as "vacant." News outlets echoed the claim, with one calling the site where the Wigle Recreation Center used to be "long-neglected."

But on Sunday, under a drizzling sky and with temperatures in the 40s, the non-profit organization that has kept the area up for years sought to show that was anything but the case.

"To say this land is vacant is an injustice," said 32-year-old Community Push founder Derrick Dykas. "This is the home of skateboarding in Detroit." 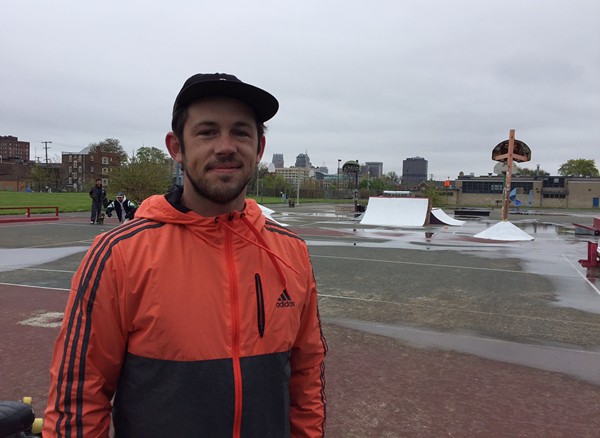 The site is the home of "the Wig," a DIY skatepark built by Community Push
three years ago, when Dykas says the area surrounding the Wigle Recreation Center was in disrepair. At that point, the center had been shut down for almost a decade, and left in its place was tall grass and trash.

"When we came and started building, we were picking up dirty needles, condoms, and there were kids that were right out here playing on recess while there's guys shooting up in the building next door," Dykas said, pointing to a school across the street. "We got them out of here. We made this place safe again."

Since then, the Wig has become a destination for metro Detroit skaters and out-of-towners, with the likes of Tony Hawk and Ryan Sheckler stopping by to skate its scattered ramps. It has also exposed children in the neighborhood to skateboarding, two of whom were on hand Sunday. Dykas said that two weeks earlier, Community Push had given the young boys skateboards. They'd been back almost every day since.

But with the condos coming, Sunday was the start of a series of good-byes for the Wig and its riders. About a dozen people showed up for the launch of what Community Push is calling "The Wig's Last Rites" — a contest series aimed to get people to use the park as much as they can while it's still around.

How long those "last rites" will be administered, however, is not yet clear: Dykas says the city hasn't given Community Push an official date by which to leave. The redevelopment of the site is expected to break ground by fall 2018.