Corktown is about to look very, very different 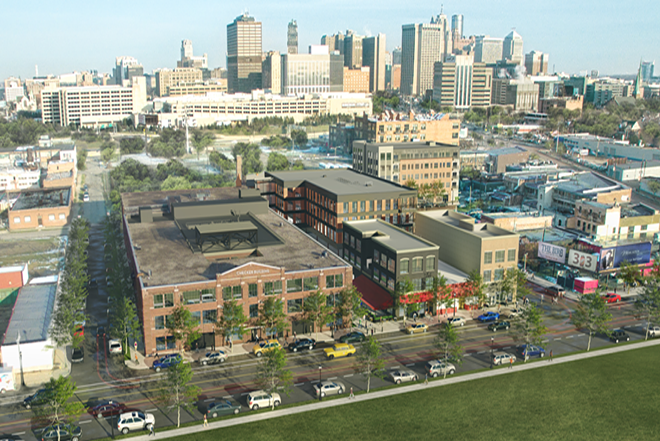 Detroit Mayor Mike Duggan and Detroit businessman Tony Soave have ushered in a new era for Corktown — one that will have a handful of blocks at the northeast corner of Michigan Avenue and Trumbull Avenue looking far more luxurious.

On Monday, the pair broke ground on what Soave's company, Soave Enterprises, is billing as Corktown's largest development in decades. It involves building hundreds of apartments and lofts that will, as per the renderings hung throughout the area, have Corktown bustling with even more young, affluent life.

The project has received $7 million in state financing from the Michigan Economic Development Corporation because it is considered a community revitalization project. A spokeswoman with Soave Enterprises says approximately 20 percent of Elton Park's residential units will be classified as affordable for people living at 80 percent of average median income, or AMI. AMI in the Detroit-Livonia-Warren area is about $53,000 for a family of four.

You may be saying to yourself, "But where over there is there room for that?!" Soave's team will be building upon parking lots and a few vacant plots of grass to make this happen. It will also rehab the old Checker Cab building.

Check out the Elton Park coming to the Corktown near you in the renderings below: 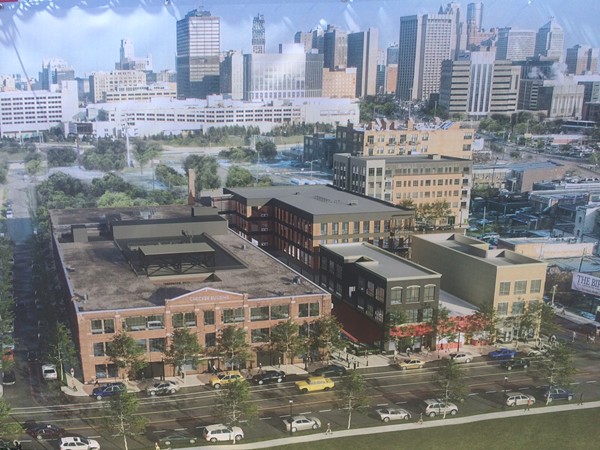 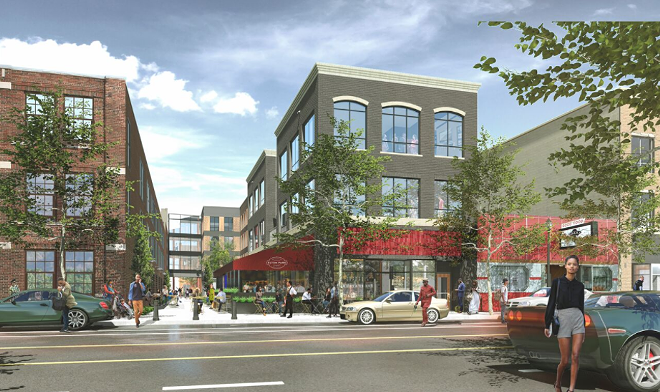 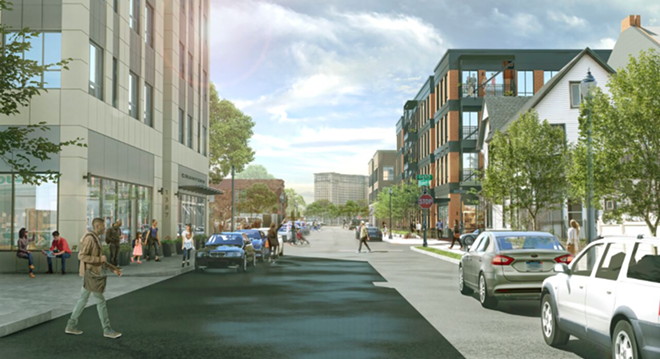 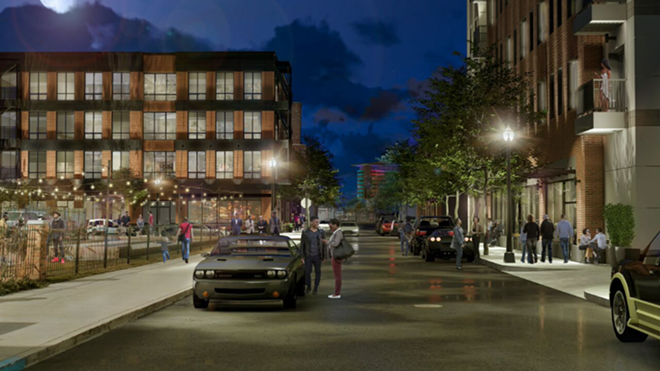 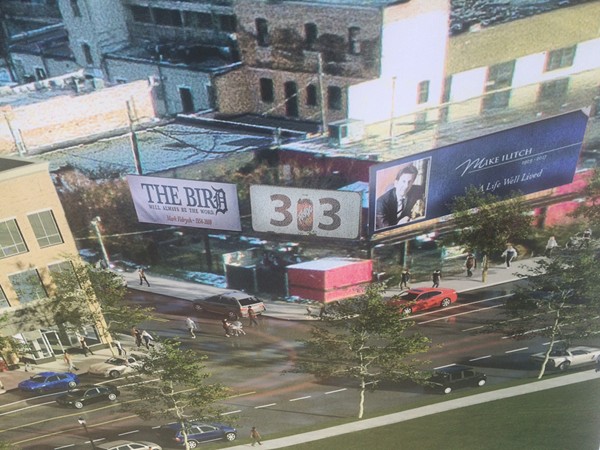 This post was updated at 10:48 a.m. on Monday, May 8 to reflect that the Elton Park development will include some affordable housing units.