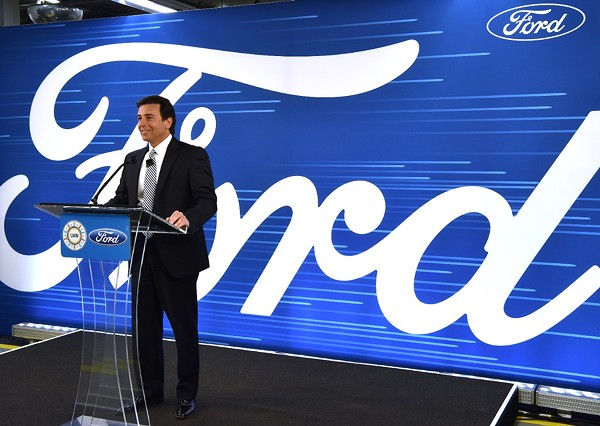 Multiple outlets are reporting that Ford Motor Co.'s board of directors has decided to oust CEO Mark Fields.

The shakeup is a result of Executive Chairman Bill Ford and the rest of the board losing confidence in Fields’ leadership, according to people familiar with the board’s thinking. Fields replaced Alan Mulally in mid-2014, but lacked his predecessor’s ability to rally employees around a common mission or to make critical decisions about the company’s strategy.

“Without Alan, it’s back to the inmates running the asylum,” said one insider.

Directors were increasingly alarmed by the deterioration in Ford’s business, despite hefty profits from its flagship F-series pickup truck line, said people familiar with the board’s thinking.


The news comes at a time when Detroit's Big Three are under pressure to beat Silicon Valley companies in the race to get autonomous vehicles on the roads while at the same time attempting to appease President Donald Trump, who has criticized the automakers for outsourcing manufacturing jobs.

In January, Fields announced Ford was scrapping a planned Mexican plant to instead invest in its Flat Rock facility to make new electric and autonomous vehicles (while maintaining that the decision was made independently of Trump), a move that the company said would create 700 new U.S. jobs. Yet last week the company announced it planned to cut 1,400 salaried jobs across North America and Asia.

During Field's three years at the helm, Ford's shares have plummeted 40 percent (they slipped 10 percent this year alone). Reportedly, Fields, who earned $22.1 million last year, will be replaced by Jim Hackett, the president of the company's autonomous vehicle subsidiary Smart Mobility LLC.