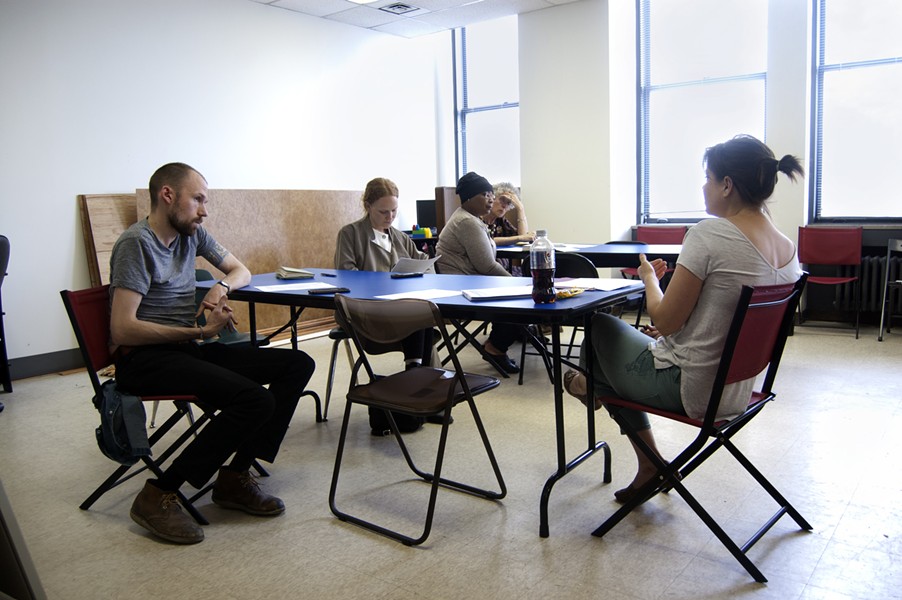 Editor's note: This story has been updated to give further detail on the status of the ACLU case against Wayne County Treasurer Eric Sabree.

A Detroit housing nonprofit has launched an ambitious effort to reach thousands of city residents at risk of losing their homes to tax foreclosure as a final payment deadline approaches. Homeowners with three years of unpaid taxes who were foreclosed April 1 have until June 7 to reverse the process by setting up a payment plan with the Wayne County Treasurer's Office. Otherwise, they risk having their home sold to the highest bidder during the county's housing auction this fall.

According to the United Community Housing Coalition (UCHC), residents in 17,000 homes throughout the county face foreclosure this year. The group says it plans to knock on the doors of 4,500 of those homes with help from volunteers and mapping software by Loveland Technologies.

“I’ve never knocked on someone’s door and they had literally all the information,” UCHC tax foreclosure prevention project coordinator Michele Oberholtzer told a group of volunteers during a Friday training.

Last year, a survey commissioned by the county treasurer's office and conducted by Loveland and UCHC canvassers found that 38 percent of people contacted did not know the property where they lived was facing foreclosure. The survey also found that nearly half of people living in properties slated for foreclosure were renters, many of whom had fallen victim to unscrupulous landlords who never informed them they hadn't been paying taxes on the home.

Information UCHC is hoping to share during this year's canvasing effort includes a new reduced-interest program for homeowners that drops fees on taxes owed from 18 percent to 6 percent. They'll also be telling residents about a poverty exemption, which Oberholtzer says goes underutilized in Detroit, where 40 percent of people live in poverty. Wayne County Treasurer Eric Sabree was actually named in a lawsuit by the American Civil Liberties Union that alleges his office improperly denied some Detroiters the exemption. The case against Sabree was dismissed on jurisdictional grounds but is now on appeal.

As UCHC works to help people in tax-foreclosed properties keep a roof over their heads, Loveland has proposed overhauling the system that allows such homes to be sold in the first place. The plan would require bundling all occupied homes into one unbuyable block and passing them through the auction to authorized organizations who can help with the occupants buy or stay in their homes. The working proposal is outlined in a Google Doc called:

“How To Stop Selling Thousands of Occupied Homes in Detroit to Strangers Over The Internet: A Common Sense Approach to The Wayne County Tax Foreclosure.”

UCHC, meanwhile, is continuing to accept volunteers. Those who decide to help out will be eligible for compensation.

Related One family fights to win their house back in the Wayne County foreclosure auction after being scammed by a sub-subprime entrepreneur: Out from under