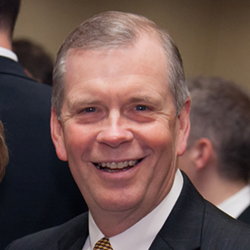 Congressman Walberg is a Republican and represents Michigan's 7th district and said the baffling statement during a town hall meeting in Coldwater, MI.

In Walberg's defense, he did admit that he believes climate change is a real thing, but doesn't see it as being a "real problem."

The real kicker comes in when he starts to justify his meaning. "Why do I believe that? Well, as a Christian, I believe that there is a creator in God who is much bigger than us. And I'm confident that, if there's a real problem, he can take care of it."

While we respect Walberg's religious freedom, having a "Jesus take the wheel" attitude towards public policy probably isn't the best idea.