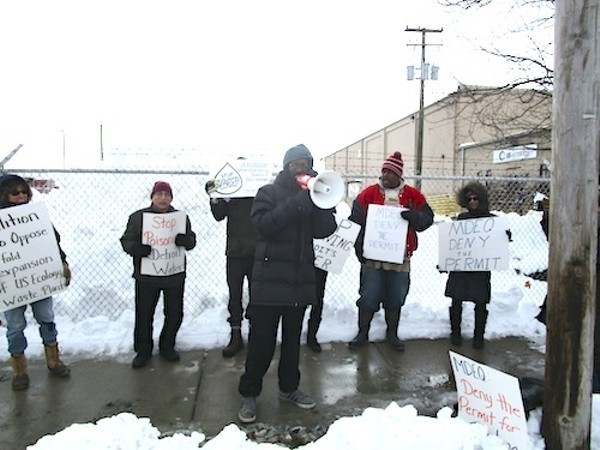 Activists opposed to the tenfold expansion of a hazardous waste facility in Detroit are urging people to join them in speaking out at a hearing on the plan tomorrow (Tuesday) afternoon.

The plan to expand the facility owned by U.S. Ecology, based in Boise, Idaho, has been the subject of our coverage before. A few months ago, we featured Rufus McWilliams, an activist whose worries include not just the proposed expansion, but several other industrial neighbors that jangle his nerves.

As we've noted before, the waste facility would be within a mile and a half of a public playground, Dickinson East Elementary School, the Oakland International Academy charter school, churches, mosques and many residents. The facility would be less than a half-mile from Hamtramck, Michigan's most densely populated city.

Now organizers want those opposed to the expansion to show up at a Wayne County hearing, where people will have two minutes of time to offer their thoughts on the proposed expansion.

It all happens starting at 1:30 p.m. at Tuesday, June 6, at the Committee Room on the seventh floor of the Guardian Building, 500 Griswold St., Detroit.