Protestors to oppose 'March Against Sharia' in Lansing this Saturday 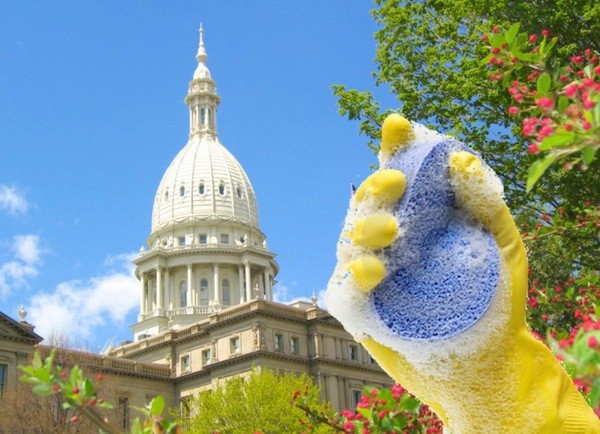 A week ago, we wrote about an Islamophobic protest planned for Lansing. The demonstration was part of a nationwide action called March Against Sharia, organized by ACT for America, consisting of two dozen such marches from Seattle to Boston to Orlando to San Bernardino.

Which goes to show you how widespread fear and ignorance are in America today.

Of course, it's no surprise that a fringe organization can rally a few hundred people who fear and loathe Islam across the country. After all, less than 50 percent of Americans know a Muslim personally, and news coverage of Islam is often overwhelmingly negative, and can be as lopsided as 80 percent unfavorable. This likely plays into why Muslims report more religious discrimination than any other religious group, and why crimes against Muslims are surging.

Luckily, there are still some people who haven't been crippled by ignorance or brainwashed by mass media. They're organizing a counter-protest called Wash Away the Hate in Michigan. It's hosted by a number of groups, including Women's March Michigan, Women Organize Michigan, the Michigan Muslim Community Council, Emgage, Islamic Center East Lansing and No Space for Hate. It does take some courage to show up, especially given evidence that the organizers of the Islamophobic march have invited "anti-government groups" to act as security.