State senator packs heat on visit to Detroit, but who wouldn't?

Mid-Michigan state Sen. Rick Jones made a crack on his Facebook page yesterday morning that has provoked a great deal of comment. Saying he was headed to Detroit for a meeting, he added, "Before anyone asks: Yes, I have a CPL."

Joking about having a Concealed Pistol License when visiting Detroit is exactly the kind of thing you'd expect would incite boos and hisses from Detroiters and those sympathetic to the city. And that's exactly what happened.

The rundowns of ruffled reactions are already out there. At Deadline Detroit, Alan Stamm notes those who reacted with disgust and with approval. The Detroit Free Press ran an item on the post as well.

Pressed by media, Jones declared that he supports people's right to self-defense, and notes that Detroit's police chief has said, "Everyone who can legally carry in Detroit should be prepared to defend themselves." He added that when he travels to Flint and Detroit, he's regularly urged by followers to carry. That last part is easy to believe, and Jones is likely sincere in his implication that he was attempting to pre-empt those replies.

It still leaves a sour taste for a lot of folks. Chuckling about violence that results in Detroit having the third-highest murder rate among big U.S. cities is probably a bad idea. Unless you're courting outstate voters who have such fear and loathing of Detroit that they think the deaths of hundreds of innocent people in Detroit last year is a hoot.

And also, as we've noted before, Jones is a holy-roller type who has offered to set up and take down the nativity scene on the state Capitol grounds. That's the sort of thing that leaves us scratching our heads too: Didn't the Big J say something about turning the other cheek? Which goes to show you that Jones seems to subscribe to a version of Christianity in which the Nazarene carries a baseball bat in one hand and an AR-15 in the other.

But before we get too much joy out of pointing out the speck in Jones' eye, let's point out something that many of his critics may not like to hear:

Detroit is a dangerous place. We've seen all sorts of people who have or want CPLs, especially among the poorest residents who live in the toughest neighborhoods. It's no joke: In a city where the police can take several minutes to respond to the most urgent 911 calls, that legally owned or legally carried pistol may be the only thing separating you from being the newest resident at Forest Lawn Cemetery. That's a fact.

In fact, Rick Ector, a lifelong Detroiter who heads up Legally Armed in Detroit, tells us that deciding to legally own a firearm is a reasonable choice.

"It's been a rough place to live for a long time," he tells us. "Crime is a serous issue and there is good reason for a lot of people to get a CPL because the police can't be everywhere. To take a more active role in your personal protection is a wise thing to do, and I applaud people who acquire the particular training and have the proper mindset to be judicious about it."

Still, even for a committed advocate of legal gun ownership like Ector, Jones' comments don't make him laugh.

"I get what he was saying, but I don't really appreciate him making a joke about it," Ector says. "It's serious business. There are a lot of bad things that happen in the city, but joking about it doesn't seem like the right thing to do, especially for one of our elected representatives. It's not all that funny." 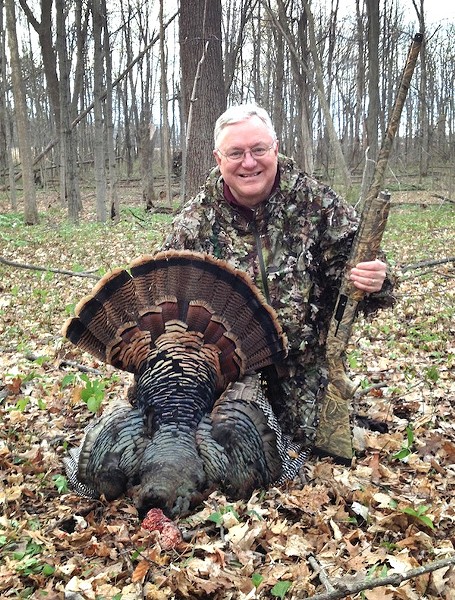