Your money, your call: Activist who sued over public funding for Pistons move now wants issue on ballot 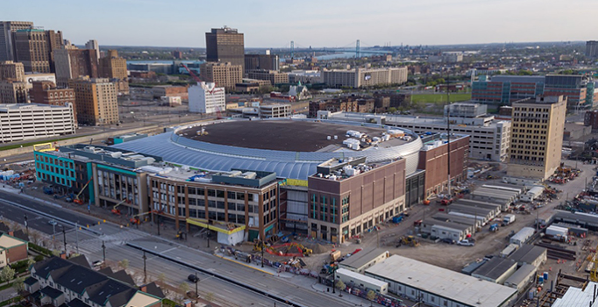 If it was up to you to determine whether the Pistons could get $34.5 million in taxpayer money to move to downtown Detroit, what would you decide?

The activist who sued the Downtown Development Authority (DDA) and others over the decision to give the team that money without a public vote is now reportedly trying to get the issue on the November ballot.

Davis dropped his lawsuit over the public money going to the Pistons move and Little Caesars Arena last week. He and city clerk candidate D. Etta Wilcoxon had argued that the DDA and defendants including the City of Detroit were improperly using money from a 2012 millage the pair says was passed to fund Detroit's public schools, exclusively. Davis and Wilcoxon said voters would have to approve giving some of that money to the Pistons.

Davis told the Detroit Free Press he and Wilcoxon were dropping the suit because they'd filed another lawsuit against the Detroit Public Schools Community District that could lead to a vote on the issue of using public funding. Davis also told the paper the legal terms of his voluntary dismissal were such that he could resurrect the suit against the city, DDA, and others.

As the deal stands now, the public will foot about a third of the bill for the Little Caesars Arena and Pistons headquarters — $324 million of the $863 million price tag. Tax revenue will be collected to pay back that amount in bonds through a Tax Increment Financing district the DDA expanded to include the arena.