The Church of Scientology is coming to downtown Detroit 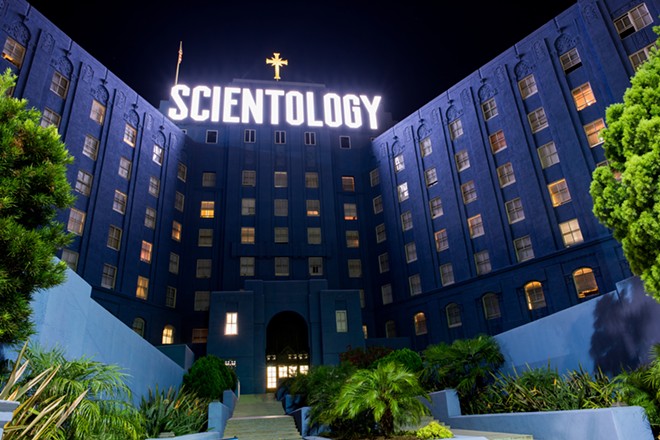 Crain's reports the Church recently obtained a permit for $8 million worth of work to be done to the building. The permit calls for interior and exterior renovations.

Curiously, the Church has owned the building for 10 years, according to Crain's. They bought the Standard Savings & Loan building in 2007 and have let it sit untouched ever since.

A spokeswoman from the Church told Crain's that "the Church will have a chapel, rooms for parishioners to study the religion, and public areas for community meetings and activities." They said that construction would start "soon."

Currently, the Church of Scientology has its Michigan headquarters in Farmington Hills, but just listed the building for sale.

The Church of Scientology has been the topic of much scrutiny and criticism lately. In 2015, HBO released the documentary Going Clear: Scientology and the Prison of Belief that pretty much accuses the Church of being a scam. The doc discusses the founder of the Church Ron L. Hubbard, as well as how it operates and some of its secrets.

This past year, actress and former Scientologist Leah Remini released a documentary series on the religion for A&E. She describes the Church as more of a cult than a religion and interviews other defectors, many of whose Scientologist family members have had to sever ties with them due to the church policy.

Below is a clip of Remini discussing Scientology: