Snyder's attorneys in federal court today: DPS kids have no right to literacy 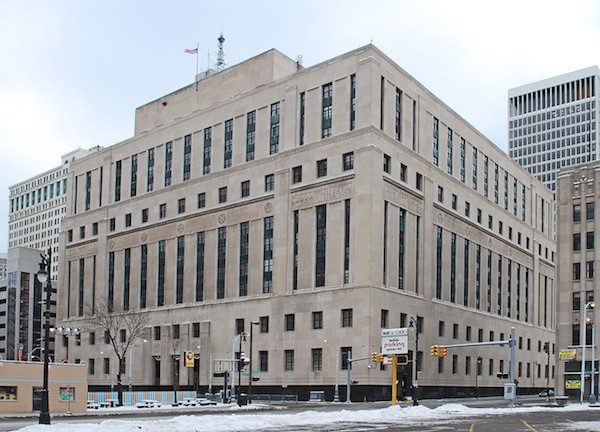 In federal court today, attorneys responding to a suit naming Gov. Rick Snyder as a defendant argued that the state of Michigan, which has been so intimately involved with Detroit Public Schools for almost 20 years, has no responsibility to ensure students in the district are able to learn to read.

The suit, brought by seven Detroit schoolchildren in September of last year, charged Gov. Snyder, the members of the Michigan Board of Education, and various other state officials with failing to provide an opportunity to learn.

Now, before you out-county city-bashers erupt in unanimous invective about inner-city pathologies, children who don't want to learn, and babies having babies, read on and decide if any child could learn under the circumstances outlined in the lawsuit.

The lawsuit describes classrooms without books, teachers, or even functioning climate control, where temperatures can exceed 90 degrees in the summer and drop to 32 degrees in the winter. The lawsuit describes vermin and nonfunctioning restrooms. The lawyers associated with the case describes an environment where since no books exist no homework can be assigned. Students are essentially warehoused in a building for several hours a day. Yes, in such conditions, even Brad and Ashley from the prosperous precincts of Independence Township might find it a challenge to learn.

What's more, before the state of Michigan intervened, the district had a surplus of $93 million, healthy enrollment and test scores that were on the rise. After the state's "rescue" in 1999, and then under the ensuing succession of emergency managers, little remained of those promising figures. In 2015, as Curt Guyette reported, enrollment had plummeted by nearly 50 percent, the number of schools cut in half, and a tide of red ink annually amounted to tens of millions of dollars, and sometimes hundreds of millions of dollars.

But this afternoon, with a straight face, Deputy Attorney General Timothy Haynes argued before Judge Stephen J. Murphy III that the state of Michigan didn't agree that state officials had any responsibility to provide DPS students with literacy. They also challenged that the state has controlled Detroit Public Schools since 1999. The Bill of Rights, Haynes argued, mentions no specific right to literacy. Instead, counsel pointed to the charter operators, authorizers, boards, and intermediaries as possible culprits. The courtroom gallery was dense with a cross-section of inner-city students, teachers, and their families, who showed remarkable restraint to sit in polite silence through this effort to explain away the grotesque barriers to education that prevail at many of their schools.

Then Mark D. Rosenbaum addressed the judge on why the suit should not be dismissed. Never in his life had he imagined he would stand before a court in the year 2017 arguing that the state had an obligation to provide students with textbooks, teachers, and a building in which they could learn without being distracted by the sweltering heat or having to put on a second jacket to stay warm. As the judge and the attorney brought up the fine points in the relevant case law, the discussion was probably heady for even those fine legal minds holding down their side of the bar. At the end of the hearing, Judge Murphy declared he'd issue a decision, though it would likely take longer than the usual 30 days.

Later Thursday afternoon, officials of the American Federation of Teachers blasted the state's motion to dismiss the suit. “The state created these poor learning conditions," their statement read, "and now Gov. Rick Snyder and Attorney General Bill Schuette are further abdicating their responsibility to the children of Detroit by moving to dismiss this case. All these children and families are asking for is what we owe all families — great, well-resourced public schools where parents want to send their kids, teachers want to teach, and children are engaged.”

After the plaintiffs and lawyers streamed out onto Lafayette Boulevard, they spoke to media about the barriers they've faced. Many of them were excited to speak to reporters, to share their stories on camera. Catching a bit of shade in front of the courthouse, it was tempting to dwell on the irony of students being denied everything the Brads and Ashleys of our world take for granted — and ending up fighting the system in the company of legal wizards and well-spoken activists. Talk about gaining an education!

In about 30 or so days, we'll begin to see if the state gets taught a lesson too.