Detroit will spend $5 million boarding up 11,000 homes, despite past effort that produced mixed results 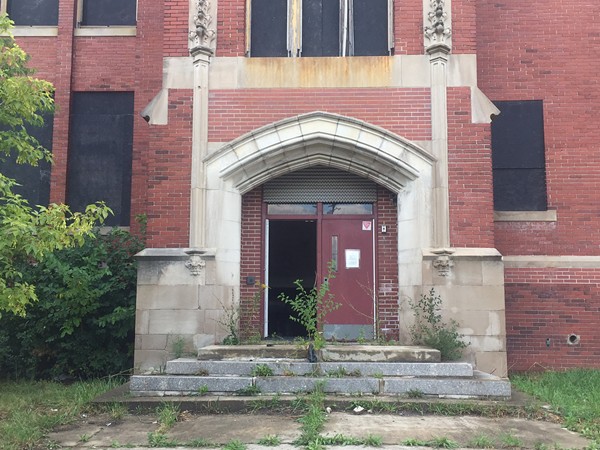 It’s an election year in Detroit, and people living in long-neglected neighborhoods are reaping the rewards. For the first time in seven years, they’re seeing street sweepers suck litter and debris off their blocks, and enjoying less flooded roadways as water and sewerage crews devote more energy to clearing clogged storm drains.

The next item on the docket for Detroit neighborhoods in need comes in the form of plywood, with Mayor Mike Duggan saying that over the next two years, the city will board 11,000 vacant, blighted homes that aren’t slated for demolition or rehabilitation.

“We’ve come far enough as a city to where it’s no longer acceptable for us to simply say ‘wait a few years longer’ to our residents living on the blocks that our blight removal program won’t be able to reach in the short term,” Duggan said in a media release detailing the ambitious plan.

The project will cost Detroit taxpayers nearly $5 million. But is it an effective use of funds?

In an effort to answer that question, Metro Times looked to the city of Detroit’s last major board-up effort in 2015, which targeted a bundle of vacant schools acquired from the then-Detroit Public Schools district in a deal that helped absolve DPS of some of its debt.

Officials spent nearly $1 million in city and federal funds to seal off at least 21 unsecured school buildings that year, while about 30 schools transferred from the district were deemed already secure. Since the board-up effort was completed in late 2015, many of the schools have become accessible to scrappers and squatters, with a Metro Times investigation of only a portion of the buildings finding boards removed at at least 13 of them.

Six of the schools had come un-boarded as early as May of 2016, according to photos provided by a source who had visited some of the sites to check up on the success of the program. As of last week — less than two years since the project was completed — a random check of eight schools across half of Detroit’s neighborhood districts found seven of them accessible. While most boards remained in place at each school, main entrance doors and boards over ground-level windows had in some cases been removed. Only one school appeared inaccessible with all of its boards in place.

On Begole Street south of Tireman, on the city’s west side, we found a door at the front entrance of what used to be Sampson Elementary missing, along with plenty of vacant houses slated for boarding under the plan unveiled last week. In between the patches of blight and abandonment, we found Laquiana Burnette Byrd sitting on the front porch of her well-maintained red brick ranch home.

“People be goin’ in and out of there,” said Byrd, who lives a few doors down from the old Sampson school. “I have a small child and I don’t like that. I don’t like the vacancy, it’s just not safe.”

Byrd can see into three abandoned houses with their windows blown out from her front porch. And yet, when informed of Mayor Duggan’s plan to board up those and other homes, she shook her head.

Similar problems were found at Burt Elementary in Brightmoor, which the city had acquired secured. Velma Jones told Metro Times in late 2015 that although the school had been boarded up that year, people had been breaking back in.

“They do it at night,” she said. “My fear is that I've seen children on top of the roof.”

A spokesman for the mayor’s office says that the Detroit Building Authority does periodic checks of the schools that were boarded and re-seals them as needed. Similar efforts will be made to address issues that may come up at the 11,000 houses the city intends to board, he said.

“The primary objective of the [schools] program has been to deter people's ability to get inside of the buildings to prevent vandalism and other criminal activity,” said spokesman John Roach. “While not a perfect solution, it has been effective.”

Roach says the building authority has been coming across missing boards less and less, and that neighbors have rarely complained about the schools since they were first secured.

“Something we've learned from the graffiti enforcement initiative is that if the city is consistent addressing the vandalism when it returns, in most cases the vandals get the message and stop,” he said.

The 2015 school board-up project cost about $850,000 to run, according to old media reports. Teens helped board the buildings as part of the mayor’s “Grow Detroit’s Young Talent” initiative, while Jenkins Construction oversaw their work. We should note that four Jenkins employees had donated a total of about $8,000 to Mayor Duggan around the time of the project.

The latest ambitious board-up plan will cost a hefty $4.8 million. This time, the city says it will contract with nonprofit groups to get the job done. It has also hired some of its own crews for the project, including 13 people recently released from jail or prison.