Upcoming Michigan Trump rallies to be met with protest 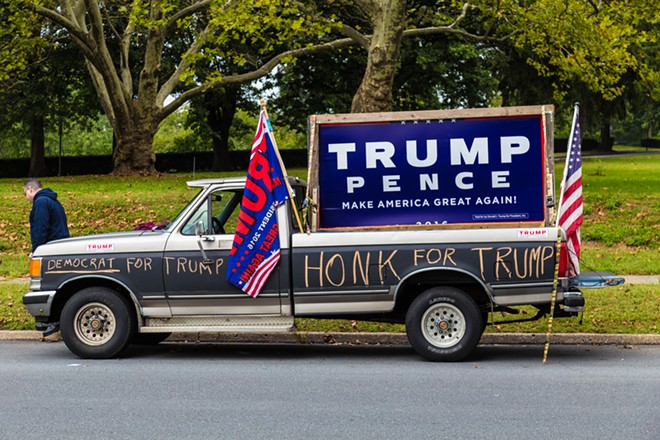 On Wednesday, August 21, Michigan Trump Republicans will come together at the Yoberosa Lodge in Hesparia as part of a series of rallies supporting the president.

According to the group's website, four rallies are set to be held now through early October in locations ranging from Howell to Saginaw. "As God Loving Americans we have an obligation to defend what is just and true," says the site of the rallies' purpose. "At last we have a president who is standing up for us."

Meanwhile, the Metro-Detroit Political Action Network will hold a protest against MTR during their September 19 rally at the American Polish Cultural Center of Troy.

You may register for an upcoming Michigan Trump Republicans rally here, and may RSVP for the Metro-Detroit Political Action Network's protest via their Facebook page.