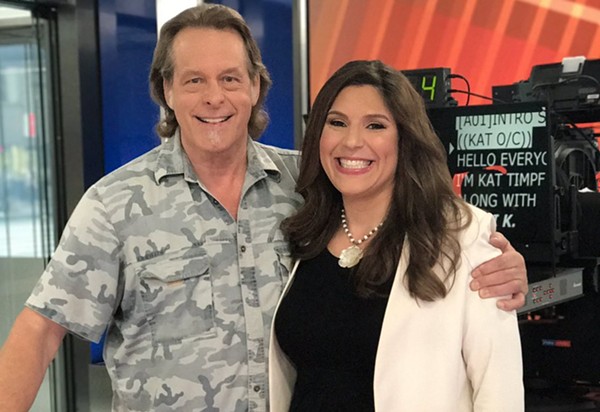 The screenshots were posted Thursday evening by Brandon Dillon, Chair of the Michigan Democratic Party.

Republican Senate candidate @LenaEpstein seems to have a fondness for @DrDavidDuke and neo-Nazi @bakedalaska #shame pic.twitter.com/A4TaGxc3pW

Later that evening, Epstein tweeted, saying that she received an email from Twitter notifying her that her account was hacked. She attached a screenshot of an email sent by Twitter that alerts users when their account has been accessed on another device. Immediately after she tweeted again, calling Dillon's claims "ridiculous & offensive."

Today at 5PM ET we were notified that our Twitter had been hacked #MISEN pic.twitter.com/U6Dii8dlmf

Other Twitter users were quick to point out that the number of likes on Epstein's account appeared to decrease after Dillon tweeted the screenshots.

um. @LenaEpstein. Twitter is forever. After being exposed for Liking 3 Nazi Tweets, her likes went from 481 to 474.https://t.co/EAZiyNwEPq pic.twitter.com/fUFsqlIcT8

Epstein, who is Jewish, called for Dillon to delete his tweets and apologize, but Dillon says that Epstein is the one who should be the one doing the apologizing.

A quick search on Twitter shows that other users have screenshots that appear to show Epstein's liking Duke's tweets.

Epstein is running to be the Republican to take Democratic Senator Debbie Stabenow's seat in 2018. She would be competing against Kid Rock, if he ever decides to officially run or not.

On Wednesday, Epstein appeared on Fox News with fellow Michiganian Ted Nugent to show support for President Donald Trump. Epstein is the Michigan Trump campaign Co-Chair and Nugent, a Trump fan from the campaign's beginning, once told President Obama to suck on his machine gun.