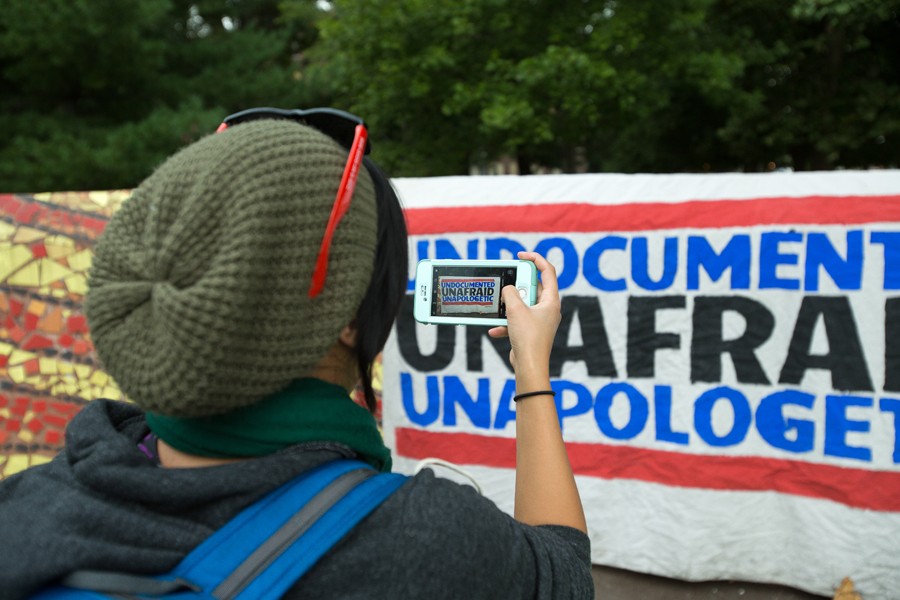 The economic impact to ending DACA is uncertain, but it could have detrimental effects on those already benefiting from it.

That's according to Veronica Thronson, director of the Immigration Law Clinic at Michigan State University. She knows of DACA participants who are research assistants at Michigan State. Another created her own business, she says.

“She started a business where I think she has four or five employees so not only are they [DACA recipients] contributing, they’re also employing other people,” Thronson says. “And so the impact is just going to be tremendous.”

Michigan’s economy could lose hundreds of millions of dollars if the children of undocumented immigrants are deported, according to some analyses.

However, much uncertainty remains on the scale of the potential loss as the result of the Trump administration’s push for a plan to end the Deferred Action for Childhood Arrivals program.

That program — enacted under former President Barack Obama — protects children brought to the United States by undocumented immigrants. To qualify, most had to enter the U.S. before they were 16 and live here since June 15, 2007.

DACA allows these undocumented immigrants to apply for a two-year period of deferred action on deportation and to apply for a work permit. It does not give them legal status as a citizen.

Trump moved to end DACA last week, giving its nearly 800,000 participants a six-month delay before they are eligible for deportation.

The onus is now on Congress to replace the program before the six-month delay ends.

The Center for American Progress estimates there are 5,982 Michigan DACA participants and that 5,204 of them are employed.

The Washington, D.C., Migration Policy Institute estimates that 15,000 Michigan residents are eligible for the program.

Experts say that the loss to the economy comes from losing potential workers.

Many participants are also pursuing high-level degrees which will translate into employment in high skilled jobs, Thronson says.

Much of the uncertainty hinges on how or if Congress adopts a new law regarding DACA.

“In that case the effects are likely to be small,” says Charles Ballard, an economist with the Institute for Public Policy and Social Research at Michigan Statey.

The approximately 6,000 Michigan DACA participants could have a small economic impact in a state of 10 million residents, Ballard says. It would fall more so on the individual than on the economy as a whole.

As for highly skilled workers being removed from the economy, Ballard says he believes it wouldn’t be “devastating” to the economy in Michigan but would present a challenge to employers.

“If you’re an employer and you have a few of your top workers and all of a sudden they’re gone, that hurts your business — no question about it,” Ballard says.

Canada might be a benefactor if Michigan DACA workers are deported, he says. Many might choose to move there instead of facing deportation to a country which doesn’t speak English as a primary language.

“If we basically export thousands of highly skilled workers to Canada, that’s a win for Canada and a loss for the United States,” Ballard says.

“We’d basically be taking almost a million potential workers, all of whom have or are receiving post-high-school education, and are consigning them to the informal/underground work force,” Brannon says. “When the unemployment rate is below 4.5 percent, the issue isn’t that we have skilled people who are looking for jobs. ... It’s that we have occupations that are wanting for skilled people, and we’re removing people who fill those needed positions.”